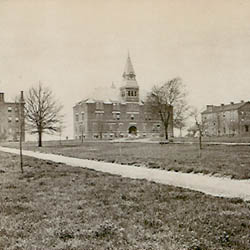 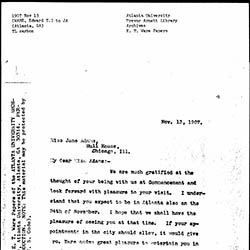 Alice Holdship Ware was a playwright who used theater as a platform to progress civil rights. She moved from her native Pennsylvania to Georgia, where her husband had been appointed the president of Atlanta University. There, Ware penned a play titled "The Open Door" to celebrate the fiftieth anniversary of the school. Ware was the president of the Woman's Alliance at her Unitarian church there. From Georgia, she relocated to New Jersey and then California, before finally settling in New York. Ware was a white woman but gained a bit of notoriety for writing plays with African-American characters that promoted civil rights. While in Manhattan, she wrote one such play for the New Theater League that centered around voting rights in the South and handed it out to people free of charge.

Ware married Edward Twichell Ware in 1905. They had two sons together, Alexander and Henry. Ware died in 1965.