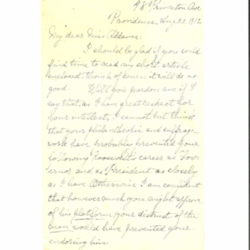 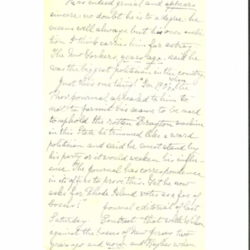 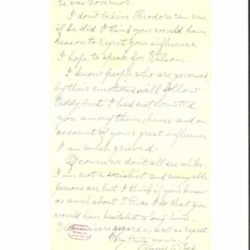 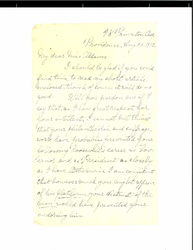 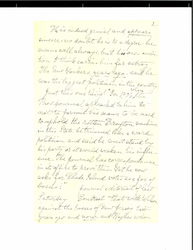 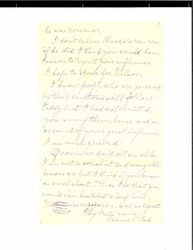 I should be glad if you could find time to read my short article enclosed, though of course it will do no good. Will you pardon me if I say that, as I have great respect for your intellect, I cannot but think that your philanthropic and suffrage work have probably prevented your following Roosevelt's career as Governor and as President as closely as I have. Otherwise I am confident that however much you might approve of his platform, your distrust of the man would have prevented your endorsing him. [page 2]

He is indeed genial and appears sincere; no doubt he is to a degree; he means well always, but his own ambition I think carries him far astray. The New Yorkers, years ago said he was the biggest politician in the country.

Just this one thing! "In 1906 <when> the Prov. Journal appealed to him to not to permit his name to be used to uphold the rotten Brayton machine in this State he trimmed like a ward politician and said he must stand by his party or it would weaken his influence. The Journal has correspondence in its office to prove this. Yet he now asks for Rhode Island votes as a foe of bosses!" Journal editorial of last Saturday. Contrast that with Wilson against the bosses of New Jersey two years ago and now and Hughes when [page 3] he was Governor.

I don't believe Theodore can win, if he did I think you would have reason to regret your influence. I hope to speak for Wilson.

I know people who are governed by their emotions will follow Teddy, but I had not counted you among them; hence and on account of your great influence I am much grieved.

Of course we don't all see alike. I am not a socialist and many able persons are, but I think if you knew as much about T. R. as I do that you would have hesitated a long time.

With sincere regard as well as regret 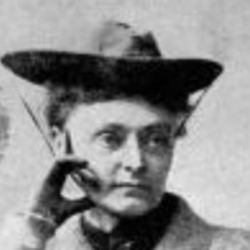 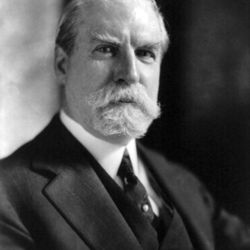 Peck warns Addams about Theodore Roosevelt and the poor chances of the Progressive Party to elect him president.