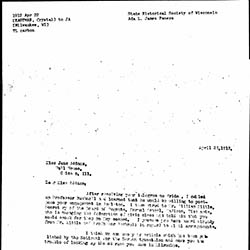 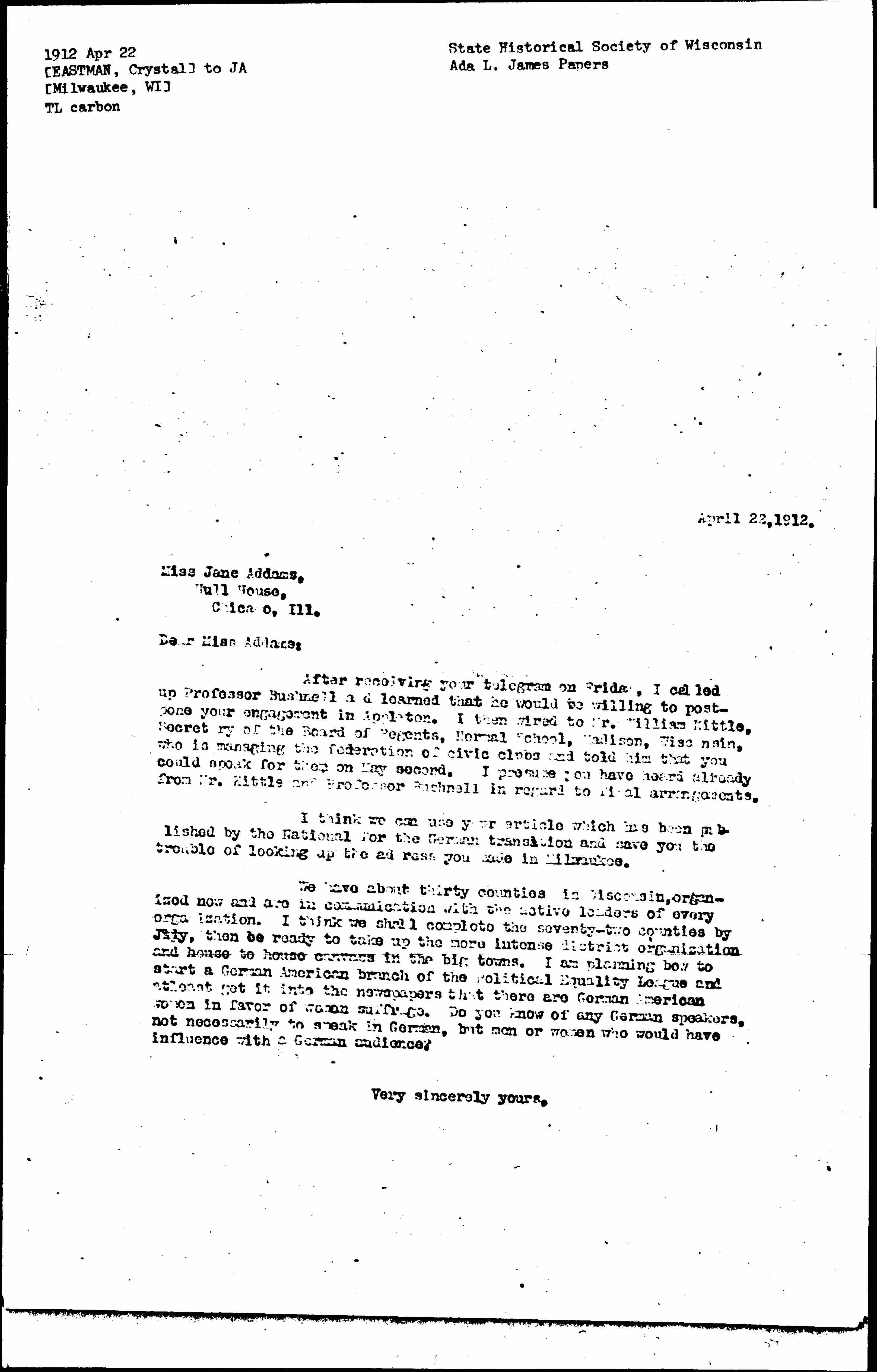 After receiving your telegram on Friday, I called up Professor Bushnell and learned that he would be willing to postpone your engagement in Appleton. I then wired to Mr. William Kittle, Secretary of the Board of Regents, Normal School, Madison, Wisconsin, who is managing the federation of civic clubs and told him that you could speak for them on May second. I presume you have heard already from Mr. Kittle and Professor Bushnell in regard to final arrangements.

I think we can use your article which has been published by the National for the German translation and save you the trouble of looking up the address you made in Milwaukee.

We have about thirty counties in Wisconsin, organized now and are in communication with the native leaders of every organization. I think we shall complete the seventy-two counties by July, then be ready to take up the more intense district organization and house to house canvass in the big towns. I am planning [now] to start a German American branch of the Political Equality League and at least get it into the newspapers that there are German American women in favor of women suffrage. Do you know of any German speakers, not necessarily to speak in German, but men or women who would have influence with a German audience? 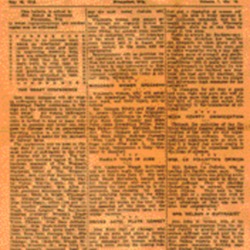 Eastman writes Addams about her speaking schedule in Wisconsin and asks for suggestions on a speaker for German-American audiences.