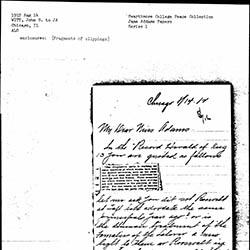 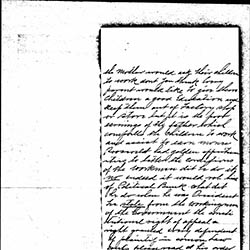 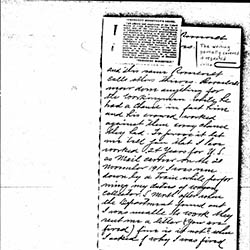 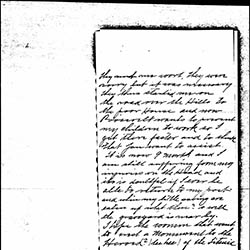 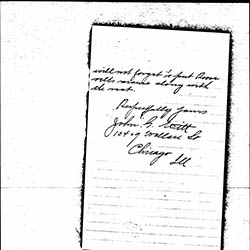 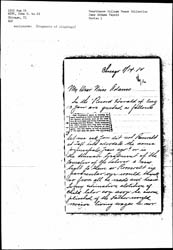 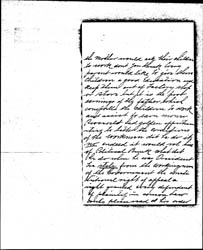 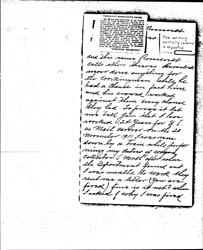 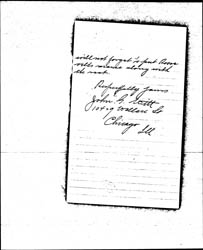 [fragment of newspaper clipping attached to the page] "The Progressive Party is working for many measures of which women have been the pioneer advocates, such as the abolition of child labor and better conditions for working men and women. These measures for which women have long been striving are now embodied in the platform of this party. For this season, as well as because of the fact that the party also advocates [end of fragment]

let me ask you did not Roosevelt [and] Taft last advocate the same principles years ago? or is the Human treatment of the [Families] of the Laborer a new light to them or Roosevelt in particular one would think so from all he reads and hears. In my estimation abolition of child labor can soon be accomplished if the Father would receive living wages he nor [page 2] the mother would ask their children to work don't you think loving parents would like to give their children a good education and keep them out of Factory shop or store but it is the poor earnings of the father which [compels] the children to work and assist to earn money. Roosevelt had golden opportunities to better the conditions of the workmen did he do it no indeed it would rob him of Political Bank what did he do when he was President he stole from the workingmen of the Government the constitutional right of appeal a right granted every defendant [and] [plaintiff] in [common] Law courts please read his order [page 3]

"All officers and employees of the United States of every description, serving in or under any of the executive departments or independent Government establishments, and whether so serving in or out of Washington are hereby forbidden, either directly or indirectly individually or through associations, to solicit an increase of pay or to influence or attempt to influence in their own interest any other legislation whatever, either before Congress or its committees, or in any way save through the heads of the departments or independent Government establishments in or under which they serve, on penalty of dismissal from the Government service.

and this same Roosevelt calls others thieves. Roosevelt never does anything for the workingmen while he had a chance in fact him and his [crowd] worked against them every chance they had. To prove it let me tell you that I have worked 24 Years for U.S. as mail carrier on the 20 november 1911 I was run down by a train while performing my duties of wagon collector. [A] month after when the Department found out I was unable to work they sent me a letter ("you are fired") fine is it not? When I asked of why I was fired [page 4] They [sent] me [word], They were sorry but it was necessary. They then started me on the road over the Hills to the poor House and now Roosevelt wants to prevent my children to work so I get there faster and to think that you want to assist.

It is now 9 months and I am still suffering from my injuries on the Head and it is doubtful if I ever be able to return to my post and when my little saving are eaten up what then? o well the graveyard is nearby.

I hope the women that want to erect a Monument to the Heroes(?) ([tee hee?]) of the Titanic [page 5] will not forget to put Roosevelts name along with the rest.

Witt writes Addams about his financial troubles and his distrust of Theodore Roosevelt.