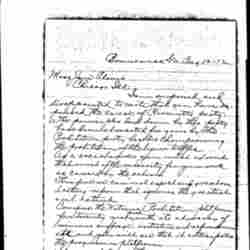 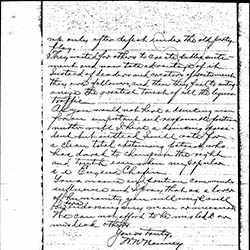 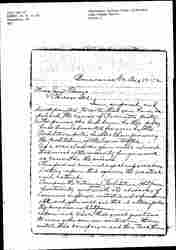 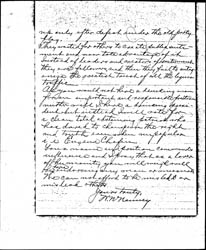 I am surprised and disappointed to note that you have espoused the cause of Roosevelt's party. The principles laid down by this party have been advocated for years by the Prohibition party besides championing the prohibition of the liquor traffic.

As a social worker you must admit that much of the necessity for your work is caused by the saloon.

Compare the National Prohibition platform for twenty years <past> with its advocacy of woman's suffrage, initiative and referendum etc and you will see that it anticipates the progressive platform.

I cannot trust these great questions to men who saw no virtue in them until this campaign and then took them [page 2] up only after defeat under the old party flag.

They waited for others to create public sentiment and now take advantage of it.

Instead of leaders and creators of sentiment they are followers, and then they fail to antagonize the greatest trust of all the liquor traffic.

As you would not hire a drinking man for an important and responsible position neither will I hire a drinking president, but instead I will vote for a clean total abstaining patriot who has dared to champion the right and truth even when unpopular ie Eugene Chafin.

Your name and position commands influence and I pray that as a lover of humanity you will weigh well <before> endorsing any man or measure. We cannot afford to be [misled] or mislead others. 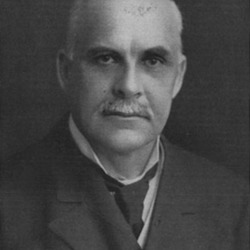 Nanney explains to Addams his distrust of leaders who lack virtues like temperance.