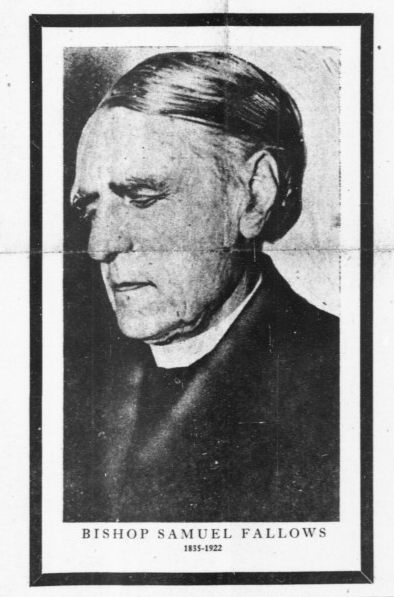 Samuel Fallows immigrated to Wisconsin from England in 1848. In 1858 he became a Methodist minister. Fallows graduated from the University of Wisconsin in 1859 and was then elected Vice-President of Gainesville University. When the Civil War started, he became a chaplain of the 2nd Wisconsin Infantry, and he eventually rose to lieutenant colonel of the 40th Wisconsin Volunteer Infantry Regiment and colonel of the 49th Wisconsin Volunteer Infantry Regiment. In 1866, Fallows was appointed to the grade of brevet brigadier general of volunteers to rank. After the war, he became a companion of the Illinois Commandery of the Military Order of the Loyal Legion of the United States. Fallows was also a member of the Advisory Board for the American Bureau of Personal and Vocational Psychology, and an advocate for public education, prison reform, and the temperance movement. From 1870 to 1874 he was the Superintendent of Public Instruction of Wisconsin.

Fallows was married to Lucy Bethia Huntington. They had two children together. Fallows died in 1922.