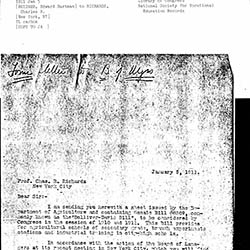 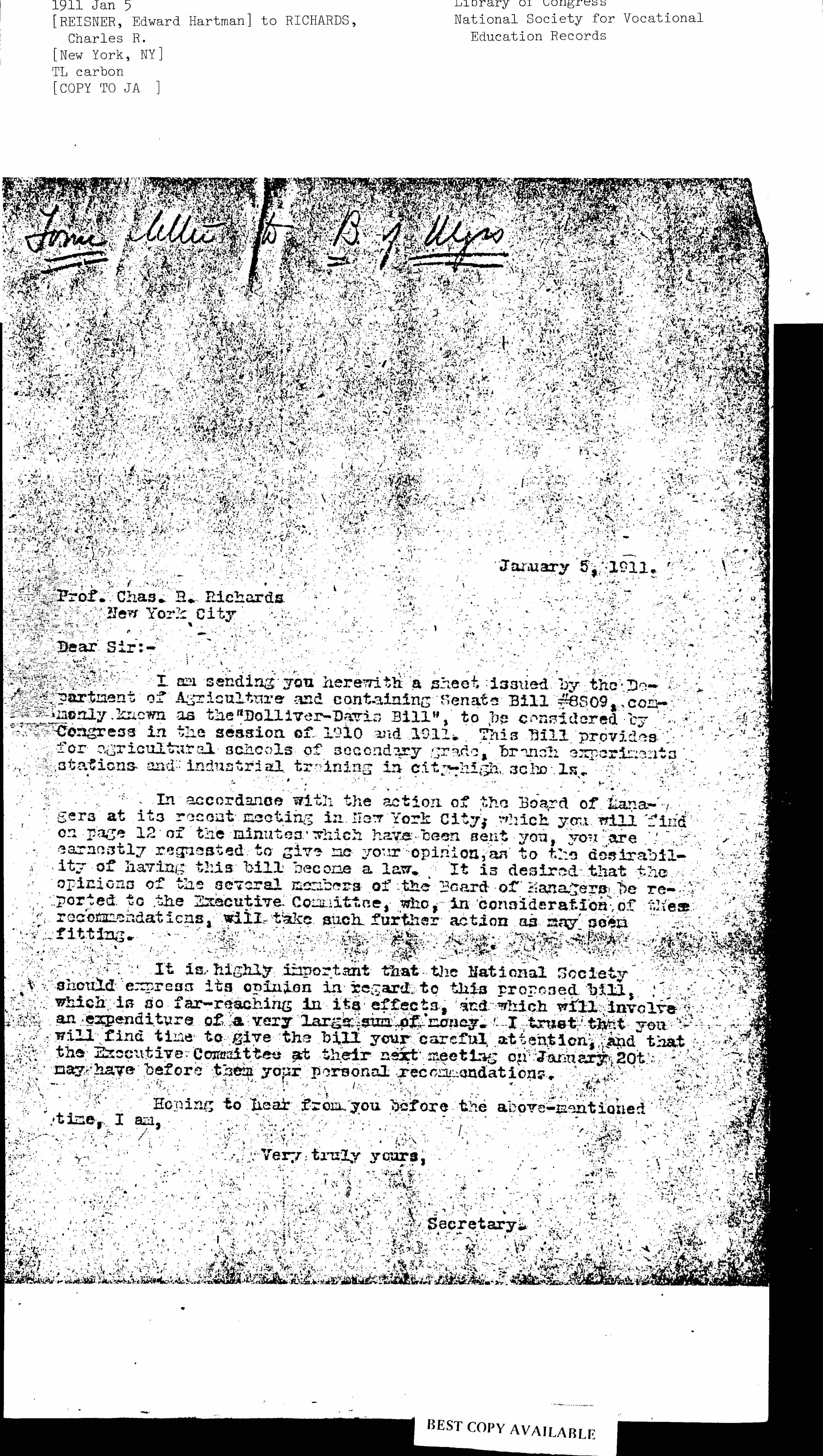 I am sending you herewith a sheet issue by the Department of Agriculture and containing Senate Bill #8809, commonly known as the "Dolliver-Davis Bill", to be considered by Congress in the session of 1910 and 1911. This bill provides for agricultural schools of secondary grade, branch experiments stations and industrial training in city-high schools.

In accordance with the action of the Board of Managers at its recent meeting in New York City, which you will find on page 12 of the minutes which have been sent you, you are earnestly requested to give me your opinion, as to the desirability of having this bill become a law. It is desired that the opinions of the several members of the Board of Managers be reported to the Executive Committee, who, in consideration of the recommendations, will take such further actin as may seem fitting.

It is highly important that the National Society should express its opinion in regard to this proposed bill, which is so far-reaching in its effects, and which will involve an expenditure of a very large sum of money. I trust that you will find time to give the bill your careful attention, and that the Executive Committee at their next meeting on January 20th may have before them your personal recommendations.

Hoping to hear from you before the above-mentioned time, I am, 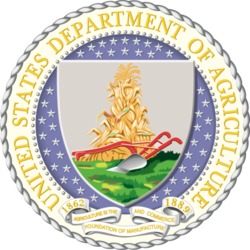 Reisner asks Richards' opinion on the Dolliver-Davis Bill, which seeks to provide for agricultural and industrial training schools.

The attached sheet and bill were not found.