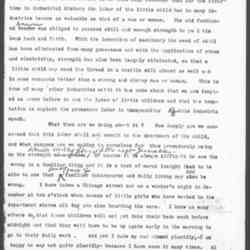 Richard T. Fox was a chemical engineer, trained at Transylvania College and Harvard University, who moved to Chicago to take up the presidency of the Chicago Citizen's Service Bureau, which investigated street cleaning and other sanitation issues. In 1909 Fox was among those nominated to become Chicago Superintendent.