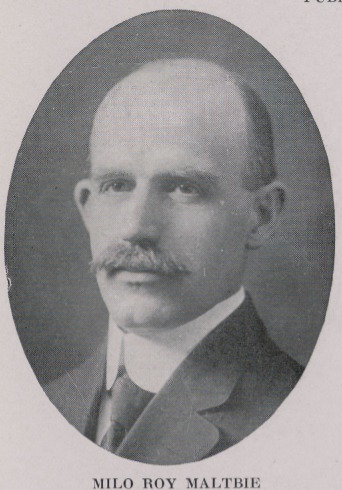 Milo Roy Maltbie was a professor of Economics and Mathematics at Mt. Morris College, from 1893-1895, and was later a fellow in administrative law at Columbia University. He served as the secretary for the Reform Club Commission on City Affairs from 1897-1902 and toured Europe for the club to investigate municipal problems. He was appointed chairman of the Public Utilities Commission of New York in 1907 and retired in 1949.