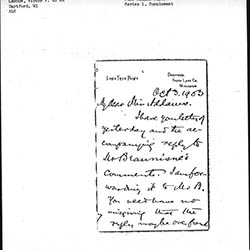 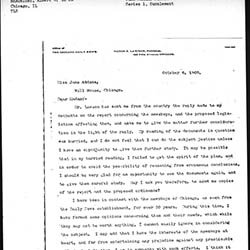 Albert G. Beaunisne was born near Toronto, Canada while his parents were temporarily staying over the boarder. Beausnisne spent the majority of his life in the United States, growing up with a farm boy's life. After completing school and meeting his future wife in Benton Harbor, MI, Beaunisne moved to Chicago in 1879. He moved up the ranks in the Chicago Daily News and the Record, becoming assistant to the publisher by 1907, mostly managing business and advertising. Beaunisne died from heart disease in 1907.