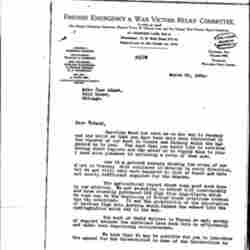 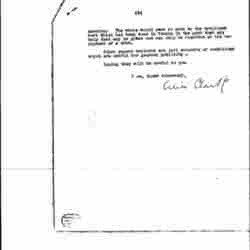 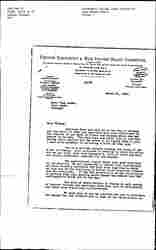 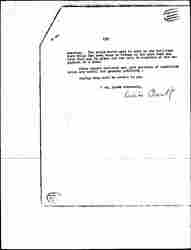 Carolina Wood has seen us on her way to Germany and she tells us that you have been very much interested in the reports of our work in Vienna and Germany which she has passed on to you. She says that you would like to continue seeing these reports and has asked us to supply them to you. I have much pleasure in enclosing a batch of them now.

One is a printed summary showing the scope of our work in Vienna; this continues to develop in every direction, but we are still very much hampered by lack of funds and have not nearly sufficient supplies for the depots.

The agricultural report shows some good work done by our mission. We are expecting to extend this considerably and have recently purchased 200 pigs from [Yugoslavia] which we hope may be the beginning of better trade relations between the two countries. It was the prohibition of the importation of Serbian Pigs into Austria which fanned the embers into the conflagration which led to the war.

The work of Child Welfare in Vienna is well worthy of support because the Austrians have done this so efficiently and under such depressing circumstances.

We hope that it may be possible for you to introduce the appeal for the Universities to some of the Universities in [page 2] America. The whole world owes so much to the brilliant work which has been done in Vienna in the past that any help that may be given now can only be regarded as the repayment of a debt.

Other papers enclosed are just accounts of conditions which are useful for general publicity.

Hoping they will be useful to you.

I am, Yours sincerely,

The enclosed reports were not found.