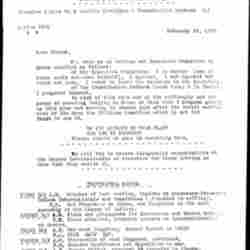 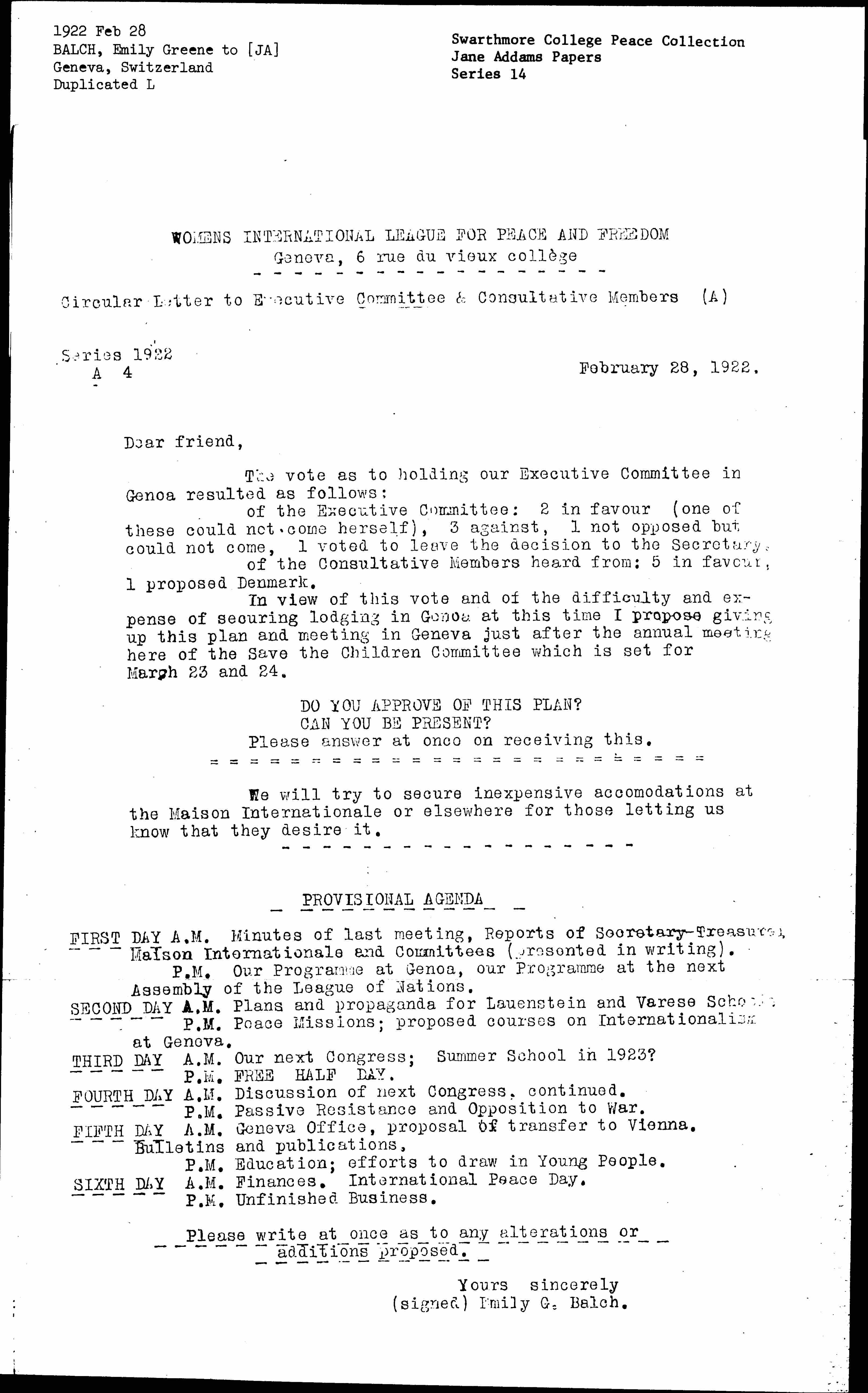 The vote as to holding our Executive Committee in Genoa resulted as follows:

of the Executive Committee: 2 in [favor] (one of these could not come herself), 3 against, 1 not opposed but could not come, 1 voted to leave the decision to the Secretary.

of the Consultative Members heard from: 5 in [favor], 1 proposed Denmark.

In view of this vote and of the difficulty and expense of securing lodging in Genoa at this time I propose giving up this plan and meeting in Geneva just after the annual meeting here of the Save the Children Committee which is set for March 23 and 24.

DO YOU APPROVE OF THIS PLAN?

CAN YOU BE PRESENT?

Please answer at once on receiving this.

We will try to secure inexpensive [accommodations] at the Maison Internationale or elsewhere for those letting us know that they desire it.

Please write at once as to any alterations or additions proposed.

Balch updates the Committee on the vote for the location of their next meeting and proposes it be held in Geneva in March.