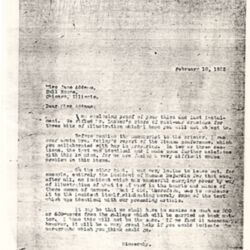 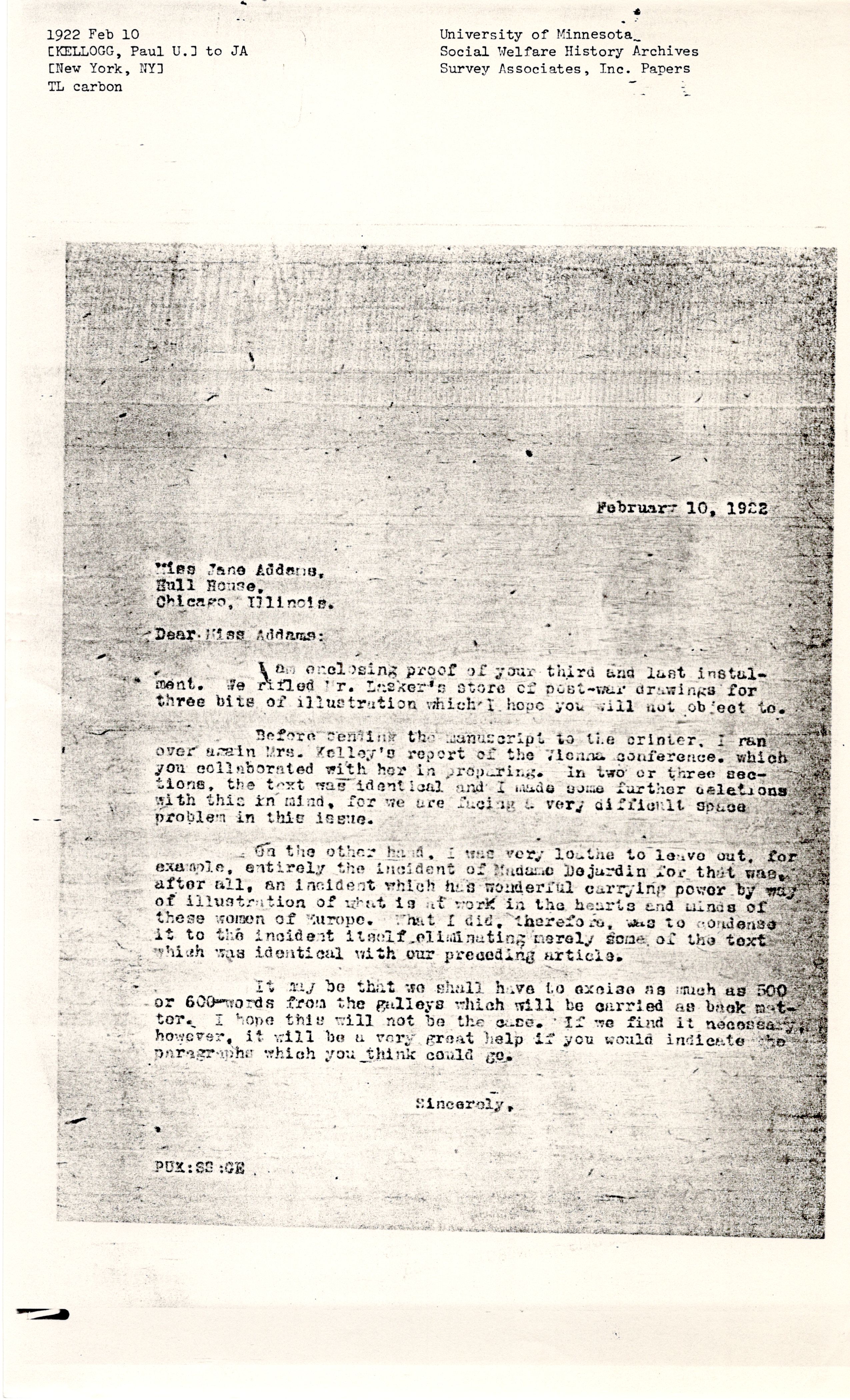 I am enclosing proof of your third and last [installment]. We rifled Mr. Lasker's store of post-war drawings for three bits of illustration which I hope you will not object to.

Before sending the manuscript to the printer, I ran over again Mrs. Kelley's report of the Vienna conference, which you collaborated with her in preparing. In two or three sections, the text was identical and I made some further deletions with this in mind, for we are facing a very difficult space problem in this issue.

On the other hand, I was very loathe to leave out, for example, entirely the incident of Madame Dejardin for that was, after all, an incident which has wonderful carrying power by way of illustration of what is at work in the hearts and minds of these women of Europe. What I did, therefore, was to condense it to the incident itself eliminating merely some of the text which was identical with our preceding article.

It may be that we shall have to excise as much as 500 or 600 words from the galleys which will be carried as back matter. I hope this will not be the case. If we find it necessary, however, it will be a very great help if you would indicate the paragraphs which you think could go. 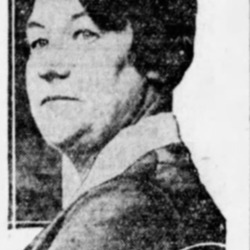 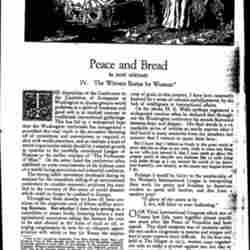 Kellogg tells Addams about edits made to her Survey article in light of previous publication and asks for her approval.