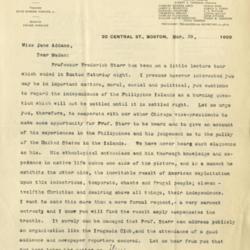 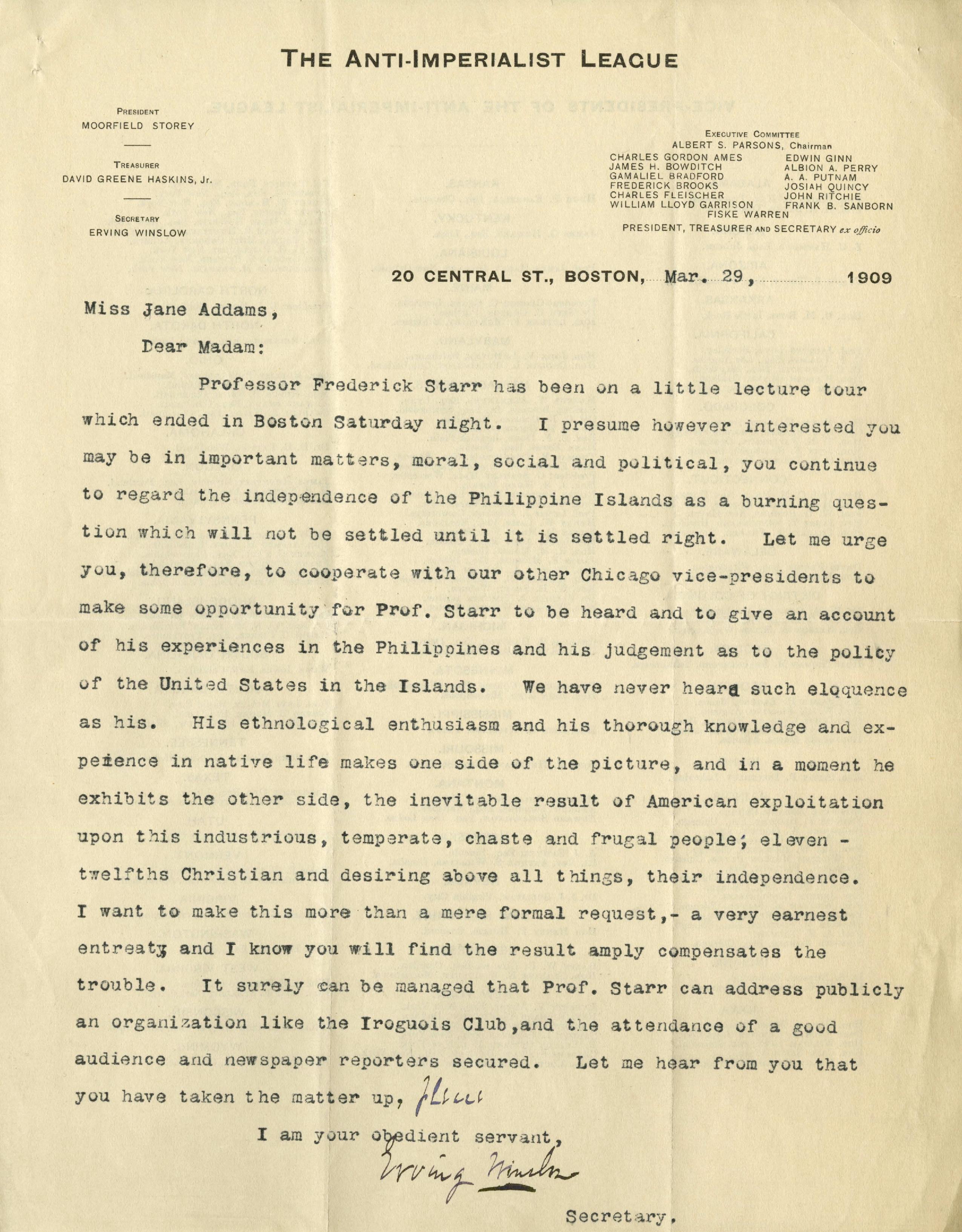 Professor Frederick Starr has been on a little lecture tour which ended in Boston Saturday night. I presume however interested you may be in important matters, moral, social and political, you continue to regard the independence of the Philippine Islands as a burning question which will not be settled until it is settled right. Let me urge you, therefore, to cooperate with our other Chicago vice-presidents make some opportunity for Prof. Starr to be heard and to give an account of his experiences in the Philippines and his judgement as to the polity of the United States in the Islands. We have never heard such eloquence as his. His ethnological enthusiasm and his thorough knowledge and experience in native life makes one side of the picture, and in a moment he exhibits the other side, the inevitable result of American exploitation upon this industrious, temperate, chaste and frugal people; eleven-twelfths Christian and desiring above all things, their independence. I want to make this more than a mere formal request, -- a very earnest entreaty and I know you will find the result amply compensates the trouble. It surely can be managed that Prof. Starr can address publicly an organization like the Iroquois Club, and the attendance of a good audience and newspaper reporters secured. Let me hear from you that you have taken the matter up, ↑please↓ 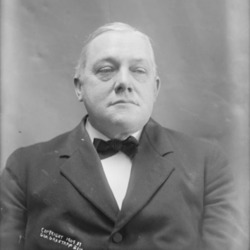 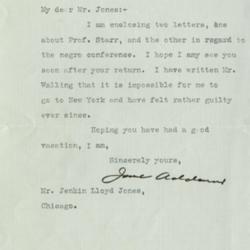 Winslow requests that Addams gives Professor Frederick Starr a platform on which to speak about the Philippine Islands.

A new scan from the original was provided by the Meadville Lombard Theological School.