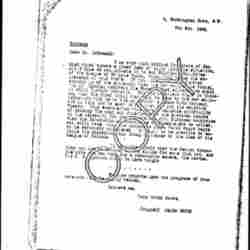 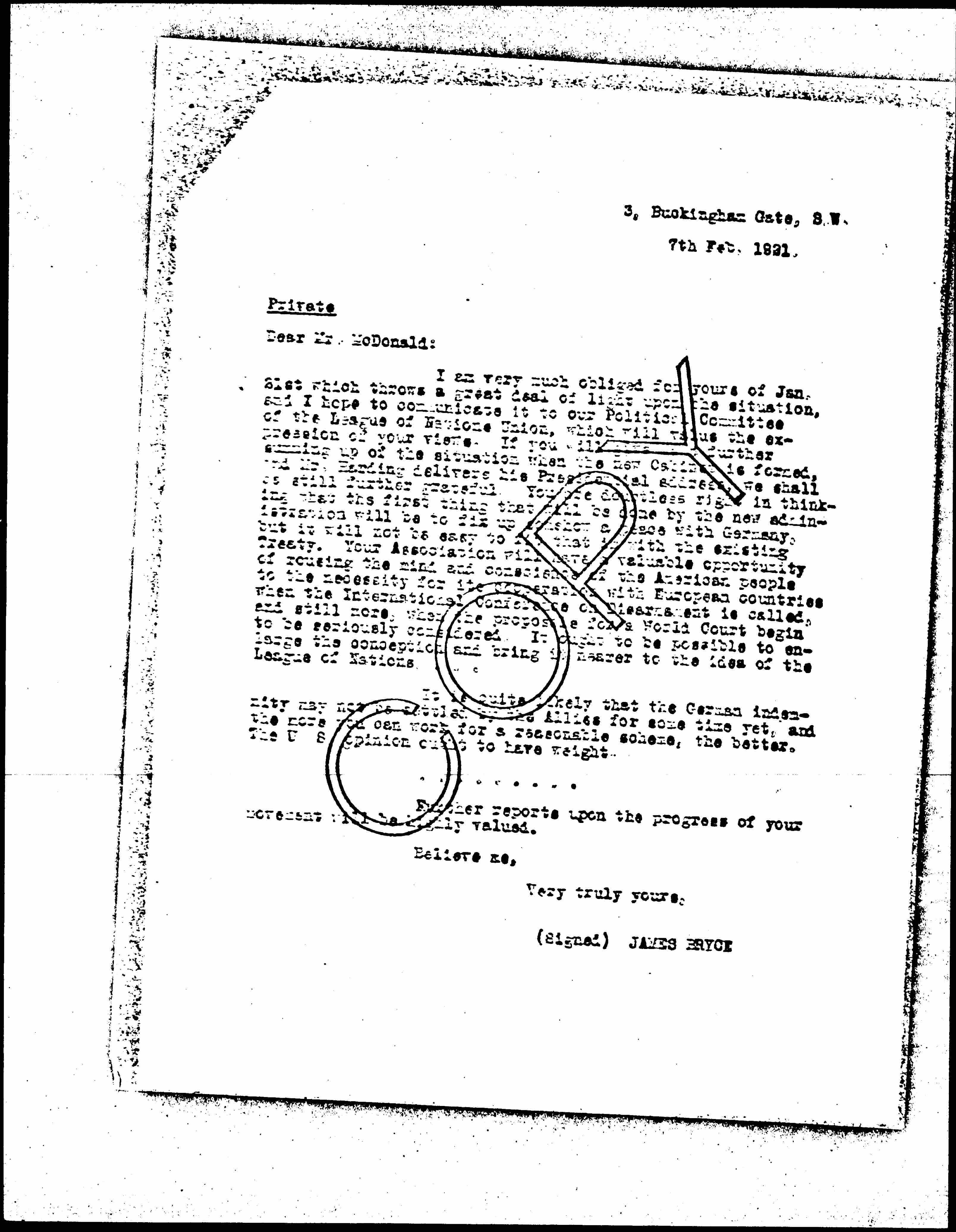 I am very much obliged for yours of Jan. 21st which throws a great deal of light upon the situation, and I hope to communicate it to our Political Committee of the League of Nations Union, which will value the expression of your views. If you will give [us?] further summing up of the situation when the new Cabinet is formed, and Mr. Harding delivers his Presidential address, we shall be still further grateful. You are doubtless right in thinking that the first thing that will be done by the new administration will be to fix up somehow a peace with Germany, but it will not be easy to fit that in with the existing Treaty. Your Association will have a valuable opportunity of rousing the mind and conscience of the American people to the necessity for its cooperation with European countries when the International Conference on Disarmament is called, and still more, when the [proposal] for a World Court begin to be seriously considered. It ought to be possible to enlarge the conception and bring in nearer to the idea of the League of Nations.

It is quite likely that the German indemnity may not be settled by the Allies for some time yet, and the [U.S.] opinion ought to have weight.

Further reports upon the progress of your movement will be highly valued. 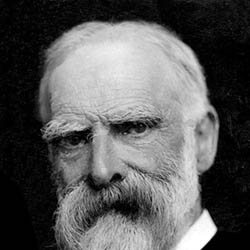 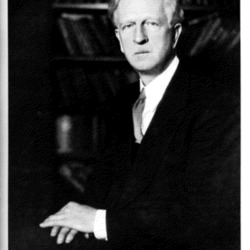 Bryce shares with McDonald his ideas about the American role in peace in Europe.