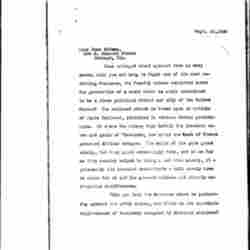 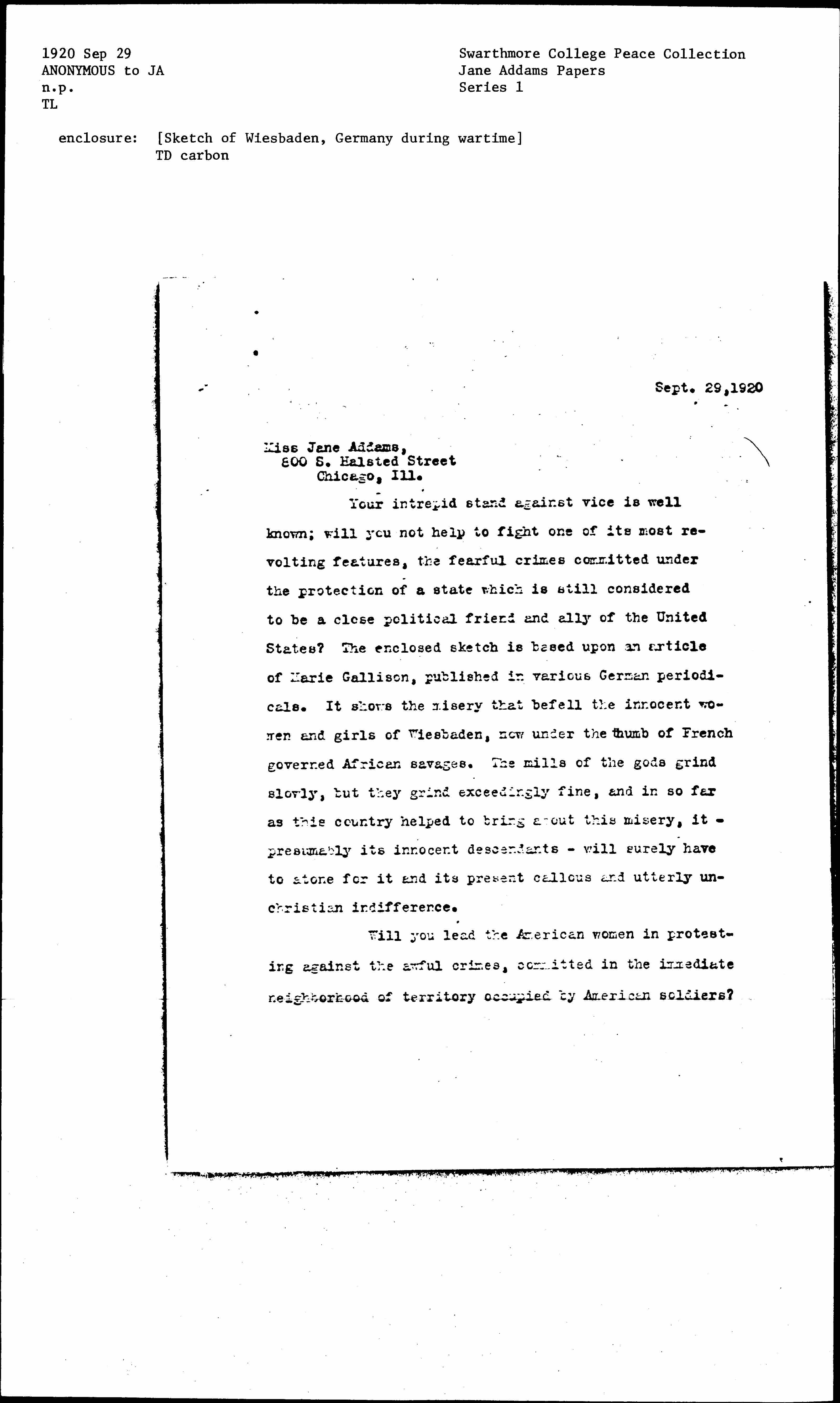 Your intrepid stand against vice is well known; will you not help to fight one of its most revolting features, the fearful crimes committed under the protection of a state which is still considered to be a close political friend and ally of the United States? The enclosed sketch is based upon an article of Marie Gallison, published in various German periodicals. It shows the misery that befell the innocent women and girls of Wiesbaden, now under the thumb of French governed African savages. The mills of the gods grind slowly, but they grind exceedingly fine, and in so far as this country helped to bring about this misery, it -- presumably its innocent descendants -- will surely have to atone for it and its present callous and utterly unchristian indifference.

Will you lead the American women in protest against the awful crimes, committed in the immediate neighborhood of territory occupied by American soldiers? [missing page(s)] 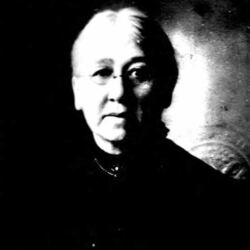 The author asks Addams for help getting American women to protest atrocities in Wiesbaden, Germany.