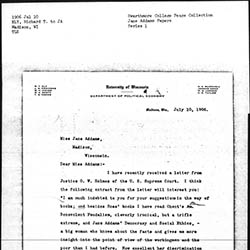 William James Ghent was a journalist and author. In 1892 he became interested in socialism and contributed to The American Fabian and other journals. In the 1890s, Ghent worked as an aid to Samuel Jones while he ran for Mayor of Toledo, Ohio, and Governor of Ohio. In 1903 he was a member of the newly founded Collectivist Society of New York's executive committee, and in 1904 he joined the Socialist Party of America. In 1906, when the Rand School of Social Science was founded, Ghent served as its Secretary. He was also Secretary of the Intercollegiate Socialist Society. For a short time in 1911, he was the secretary for Socialist Congressman Victor L. Berger. Ghent's major work, however, was his writing, and he was responsible for many books, including Our Benevolent Feudalism and Mass and Class. He was also a contributor to The National Society and Appeal to Reason. Though he was an excellent writer, he was a poor public speaker. Ghent left the Socialist Party after the United States entered World War I. He wrote essays against the Communist Party from this point on, though he remained a Social Democrat. In his later life, he abandoned political writings and turned to writing about the history of the American West.