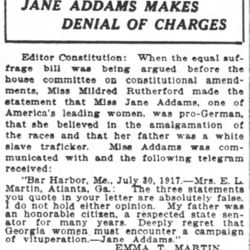 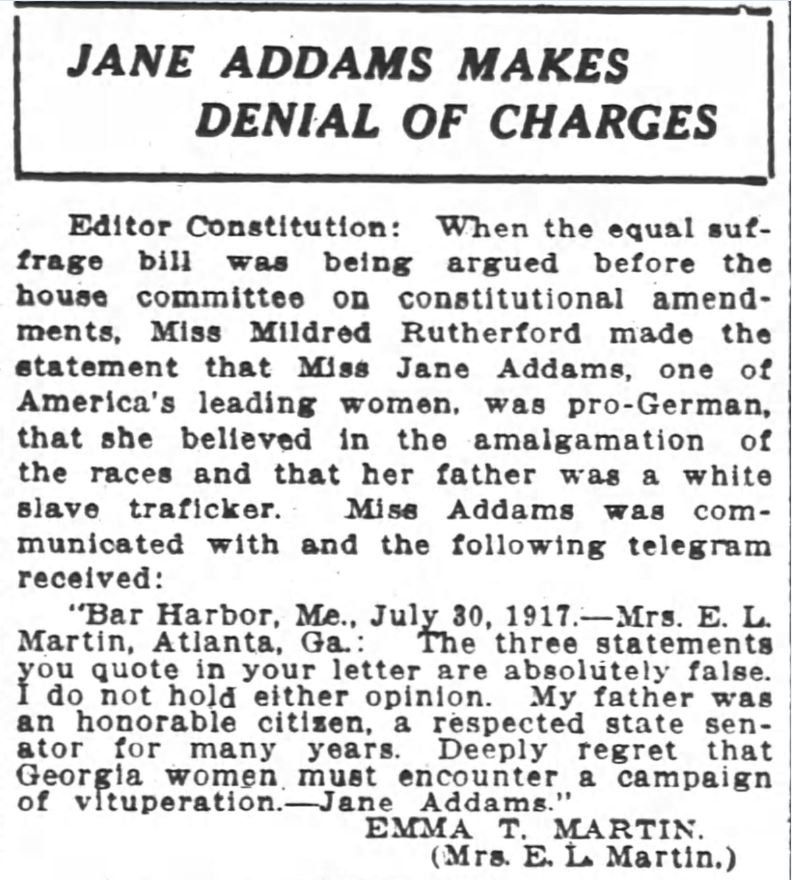 Editor Constitution: When the equal suffrage bill was being argued before the house committee on constitutional amendments, Miss Mildred Rutherford made the statement that Miss Jane Addams, one of America’s leading women, was pro-German, that she believed in the amalgamation of the races and that her father was a white slave [trafficker]. Miss Addams was communicated with and the following telegram received:

“Bar Harbor, Me., July 30, 1917. -- Mrs. E. L. Martin, Atlanta, Ga: The three statements you quote in your letter are absolutely false. I do not hold either opinion. My father was an honorable citizen, a respected state senator for many years. Deeply regret that Georgia women must encounter a campaign of vituperation. -- Jane Addams.”

Addams denies that she is pro-German.