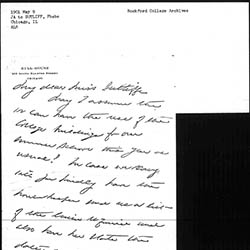 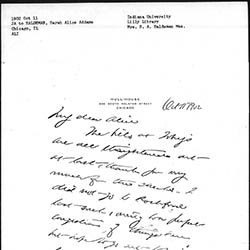 Phebe Temperence Sutliff was the first female president of Rockford College. She graduated from Vassar College in 1880, earned an M.A. from Cornell in 1890, and earned a graduate certificate from the University of Zurich in 1891. Sutliff worked as lady principal at Hiram College from 1885 to 1886 and then became a history and English professor at Rockford College, where she later became president. In 1901 Sutliff resigned as president to care for her mother, and she moved back to her hometown in Ohio. In 1914 she opened an evening school for immigrants. In 1923 she founded the Warren branch of the American Association of University Women and served as its president. She also served as president of the Warren Urban League and helped address the needs of African Americans. She was also the president of the Warren Child Labor League and involved in many other organizations within her community. When she died, she left her estate and possessions in order to create the Sutliff Museum at the Warren Library in honor of her parents.