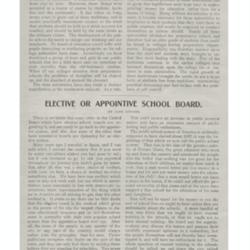 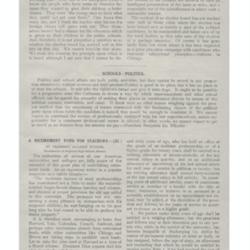 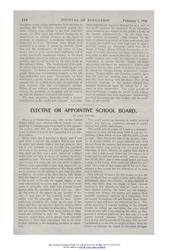 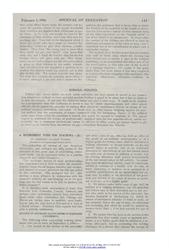 ELECTIVE OR APPOINTIVE SCHOOL BOARD.

Many years ago I traveled in Spain, and I was told when I entered the country that if you went by water you always wished you had gone by rail; but if you ventured to go by rail you regretted throughout the journey you hadn't gone by water. But, after all, that was a mere choice of method, while here we have a choice of method involving something else. We have here one method which may or may not work well, but one in which is, nevertheless, more essentially in line with democratic institutions, more representative of the thing which we in America are all striving to get, than the other method is. It seems to me there can be little doubt that the elective board is the method which gives to the people of the city the largest chance to discuss educational measures and to feel themselves more in sympathy with their own popular school system than the appointive board ever can. After all, the mass of the people in any quarter of the city, or any part of the country, would always rather vote for principles than for men. Clever politicians recognize this desire on the part of the voter, and they can only fool them by making them believe they are standing for principles. You never can get pure principles; they must always be illustrated and attached to daily life. The thing which interests people most, and is always most naturally attached to their daily experience and to the lives of their children, is the unending problem of education.

You can't secure an increase in public revenue unless you have an enormous amount of public feeling and public enthusiasm.

The public school system of America is ordinarily supposed to have started about 1837, it was the beginning of that which we now call the public school system. That date is the date of the greatest activity of Horace Mann, the great educator who went up and down the country and convinced the people into the belief that nothing was too good for the education of their children, no matter how much it cost; that a man would better put less money in a house and lot and put more money into the education of his child; that a man would better not have a piano in his house, if he could not afford the personal ownership of that piano and at the same time support a fine school for the education of his sons and daughters.

Men will not be taxed for the money to run the sort of school that we ought to have unless they are enthusiastic about the schools. A mere handful of men may think that we ought to have manual training in the schools, or that we ought not to have manual training; the board and the superintendents may discuss this matter and present their carefully expressed opinions to a committee, but the people themselves will not thereby have investigated it, and will have no enthusiasm for it. The whole question of manual training in the schools should be talked up and down the city, talked about as men talk when running for office, as they present a political platform, pro and con, for and against manual training. The kindergartens we have in the public schools of Chicago, 125, in contradistinction to the 800 we ought to have, were retained not because the board of education thought [page 2] they could afford them--quite the reverse; but because the popular clamor of the people demanded their retention and signified their willingness to pay for them. In the long run people do care for the education of their children more than they care for anything else. Over half of the foreigners which I know are people who have come to America because they wanted to give their children a better chance. They want "the young ones to have what they could not get over there." One hears that every day, and I think the teacher who knows the foreign citizen will agree with me. They themselves haven't had a chance for the education which is given to their children in the public schools. And, therefore, it is not altogether a question as to whether the elective board has worked well in this city or that city. We cannot consider that alone. We must also consider the principle upon which it is based, although I am sure that I cannot be disputed in this statement, that in those cities in which the election of the members of the board of education has been made a special election separate from all the other candidates on the "blanket ballot" it has never failed to be satisfactory. In those cities the parents of the children are allowed to have an intelligent presentation of the issue at stake, and a reasonable use of the school houses in which such a nationality [centers].

The method of an elective board has not worked very well in those cities where the election has been turned over as merely a part of the political machinery, to be manipulated and taken care of by the ward heelers, as they take care of the election of a garbage inspector. Of course it has gone badly then, but never where it has been regarded as a great education campaign with candidates who represent educational principles.--Address in Chicago. 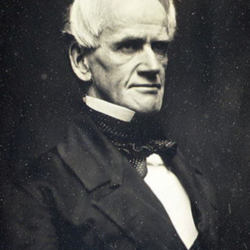 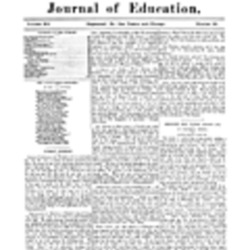 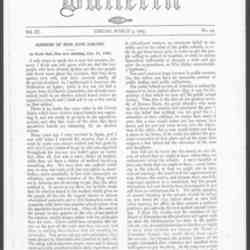 A published version of a speech Adams delivered in February 1905, it is a discussion of the benefits of elective school boards, touching on practical education in public schools.