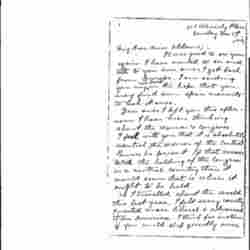 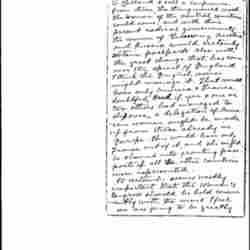 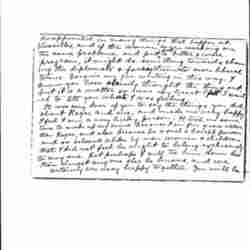 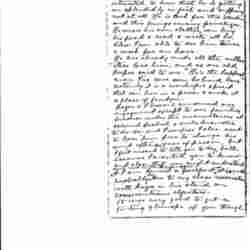 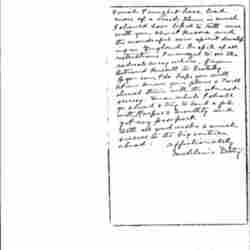 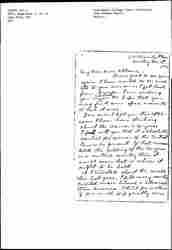 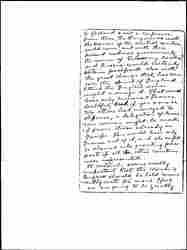 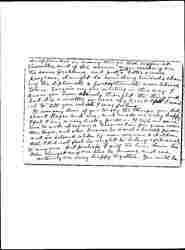 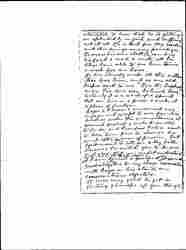 It was good to see you again. I have wanted to see and talk to you ever since I got back from Europe. I am sending you my ↑new book↓ in the hope that you may find some spare moments to look it over.

Ever since I left you this afternoon I have been thinking about the Woman's Congress. I feel with you that it is absolutely essential the women of the Central Powers be present. If that necessitates the holding of the Congress in a neutral country then it would seem that is where it ought to be held.

As I [traveled] about the world this last year, I felt every country I visited more liberal & advanced than America. I think for instance if you could slip quietly over [page 2] to Holland & call a conference from there, the thing would work. The women of the neutral countries could come, and with their present radical governments the women of Germany, Austria and Russia would certainly obtain passports. Also with the great change that has come over the spirit of England I think the English women might manage it. That would leave only America & France doubtful, and if you & one or two others had managed to slip over, a delegation of American women might be made up from those already in Europe. This would leave only France out of it, and she might be shamed into granting passports if all the other countries were represented.

It certainly seems vastly important that the Woman's Congress should be held concurrently with the mens. I feel we are going to be greatly [page 3] disappointed in many things that happen at Versailles, and if the women were working on the same problems, and put ↑forth↓ a better & wiser program, it might do something towards shaming the diplomats & forcing them into more liberal terms. Forgive me for writing in this way. I know you have already thought the thing out, but it is a matter so near my heart I felt I wanted to tell you what I was feeling.

It was very dear of you to say the things you did about Roger and me, and made me very happy. I feel I am a very lucky person. It took me some time to wake up my mind because I am five years older than Roger, and also because he is such a loveable person and so beloved alike by men, women & children that I did not feel he ought to belong exclusively to any one. But perhaps I will tie him down less than almost any one else he knows, and we certainly are very happy together. You will be [page 4] interested to hear that he is getting on splendidly in jail and suffering not at all. He is cook for the warden and this brings many privileges. He wears his own clothes, can buy his food & read & write all he likes. I am able to see him twice a week for an hour.

He has already made all the authorities love him, and as one old keeper said to me, "He's the happiest man I've ever seen behind bars." Certainly it is a wonderful spirit that can live in a prison & make it a place of freedom.

Roger & I haven't announced our engagement except to our families because under the circumstances it seemed foolish & melodramatic to do so, and I confess I also want to leave him free to change his mind after a year of prison, but I felt moved to tell you today, both because I wanted you to know, and also that you might understand ↑and not be too discouraged↓ if I am denied a passport ↑as↓ it would probably ↑be↓ due to my close association with Roger in his stand on conscientious objectors.

It was very good to get a fleeting glimpse of you though [page 5] I wish I might have had more of a visit. There is much I should have liked to talk over with you, about Russia and the wonderful new spirit developing in England. In spite of all restrictions I managed to see the radicals every where, from Bertrand Russell to Trotsky.

If you can, I do hope you will let me know your plans & I will cherish them with the utmost secrecy. Meanwhile I should go ahead & try to land a job with Harper's Monthly and get my passport.

With all good wishes & much success to the big venture ahead --

Doty tells Addams about the need for an international meeting of the Women's Congress. She then talks about how well Baldwin is doing in jail and their recent engagement.