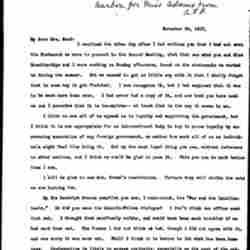 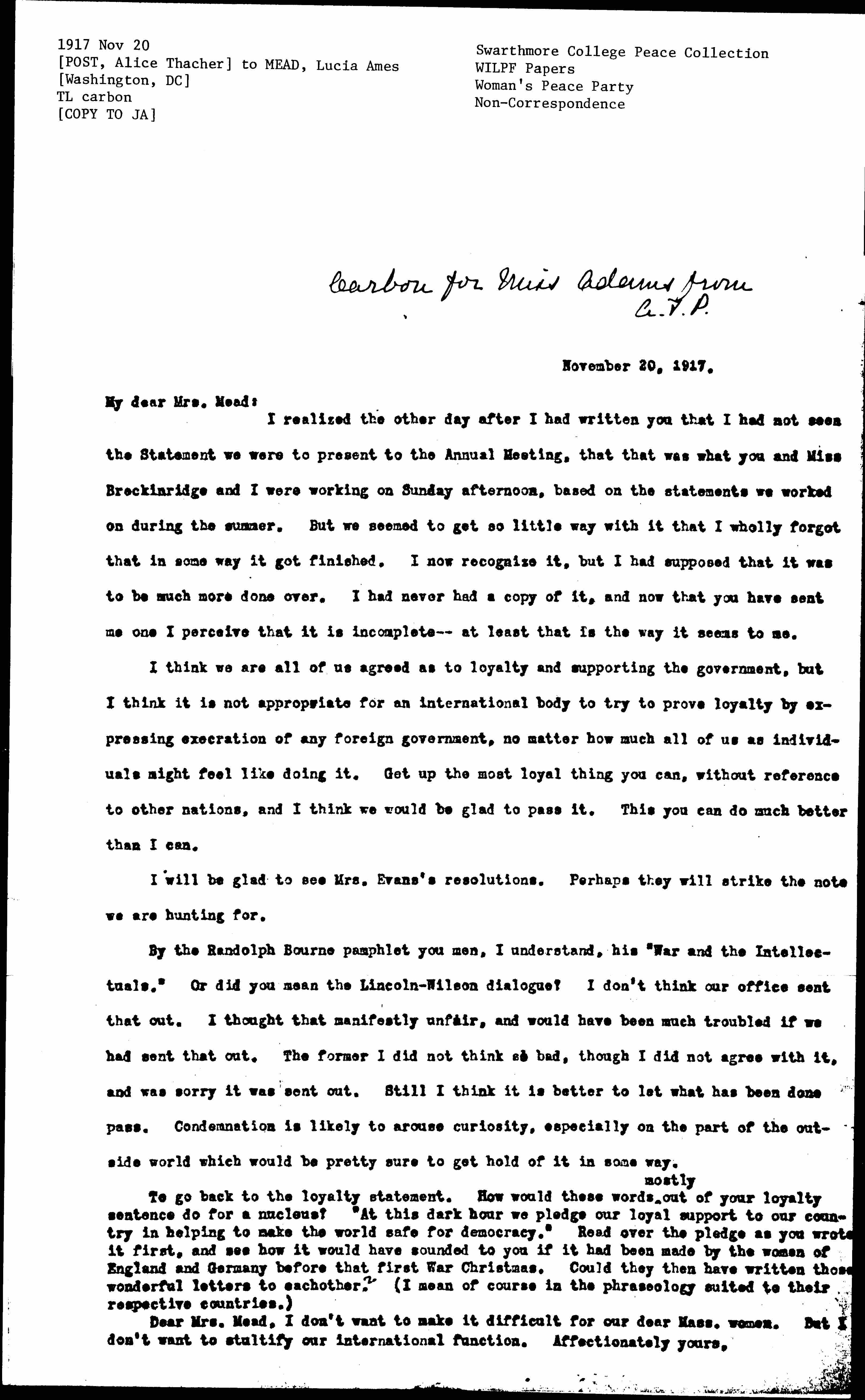 I realized the other day after I had written you that I had not seen the Statement we were to present to the Annual Meeting, that that was what you and Miss Breckinridge and I were working on Sunday afternoon, based on the statements we worked on during the summer. But we seemed to get so little way with it that I wholly forgot that in some way it got finished. I now recognize it, but I had supposed that it was to be much more done over. I had never had a copy of it, and now that you have sent me one I perceive that it is incomplete -- at least that is the way it seems to me.

I think we are all of us agreed as to loyalty and supporting the government, but I think it is not appropriate for an international body to try to prove loyalty by expressing execration of any foreign government, no matter how much all of us as individuals might feel like doing it. Get up the most loyal thing you can, without reference to other nations, and I think we would be glad to pass it. This you can do much better than I can.

I will be glad to see Mrs. [Evans's] resolutions. Perhaps they will strike the note we are hunting for.

By the Randolph Bourne pamphlet you [mean], I understand, his "War and the Intellectuals." Or did you mean the Lincoln-Wilson dialogue? I don't think our office sent that out. I thought that manifestly unfair, and would have been much troubled if we had sent that out. The former I did not think [so] bad, though I did not agree with it, and was sorry it was sent out. Still I think it is better to let what has been done pass. Condemnation is likely to arouse curiosity, especially on the part of the outside world which would be pretty sure to get hold of it in some way.

To go back to the loyalty statement. How would these words ↑mostly↓ out of your loyalty sentence do for a nucleus? "At this dark hour we pledge our loyal support to our country in helping to make the world safe for democracy." Read over the pledge as you wrote it first, and see how it would have sounded to you if it had been made by the women of England and Germany before that first War Christmas. Could they then have written those wonderful letters to each other? (I mean of course in the phraseology suited to their respective countries.) 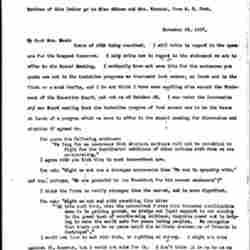 Post shares her opinion to Mead on the issue of political loyalty during wartime.