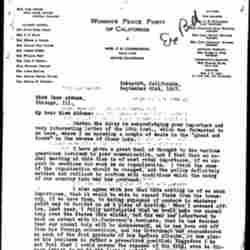 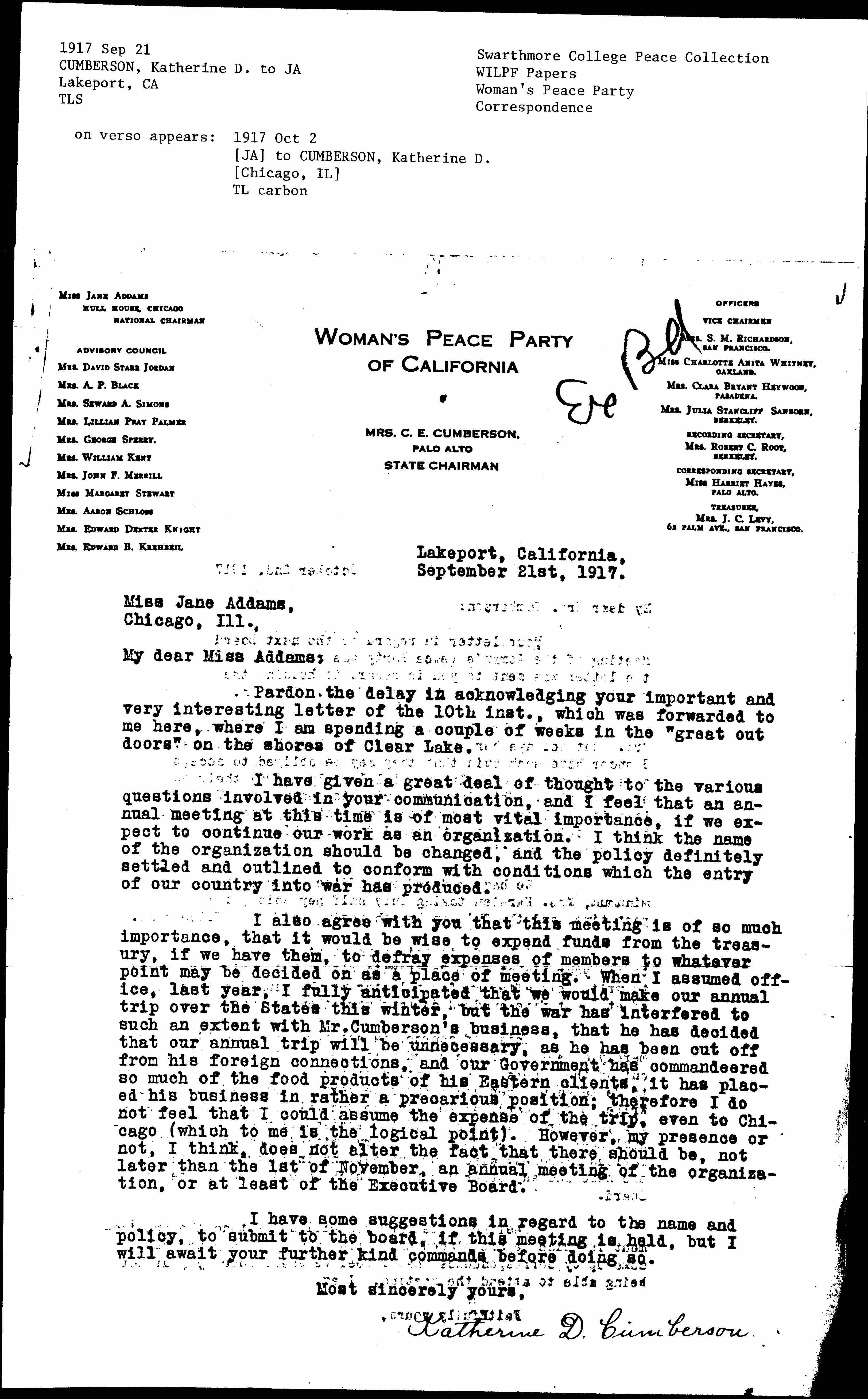 Pardon the delay in acknowledging your important and very interesting letter of the 10th inst., which was forwarded to me here, where I am spending a couple of weeks in the "great out doors" on the shores of Clear Lake.

I have given a great deal of thought to the various questions involved in your communication, and I feel that an annual meeting at this time is of most vital importance, if we expect to continue our work as an organization. I think the name of the organization should be changed, and the policy definitely settled and outlined to conform with conditions which the entry of our country into war has produced.

I also agree with you that this meeting is of so much importance, that it would be wise to expend funds from the treasury, if we have them, to defray expenses of members to whatever point may be decided on as a place of meeting. When I assumed office, last year, I fully anticipated that we would make our annual trip over the States this winter, but the war has interfered to such an extent with Mr. Cumberson's business, that he has decided that our annual trip will be unnecessary, as he has been cut off from his foreign connections, and our Government has commandeered so much of the food products of his Eastern clients, it has placed his business in rather a precarious position; therefore I do not feel that I could assume the expense of the trip, even to Chicago (which to me is the logical point). However, my presence or not, I think, does not alter the fact that there should be, not later than the 1st of November, an annual meeting of the organization, or at least of the Executive Board.

I have some suggestions in regard to the name and policy, to submit to the board, if this meeting is held, but I will await your further kind commands before doing so. 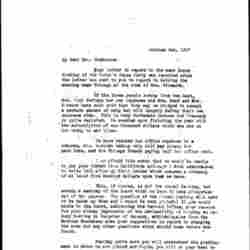 Cumberson gives her thoughts on a Woman's Peace Party name change and a W.P.P. Executive Board meeting.