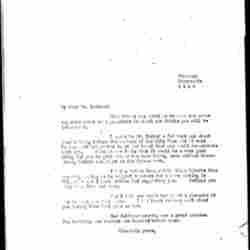 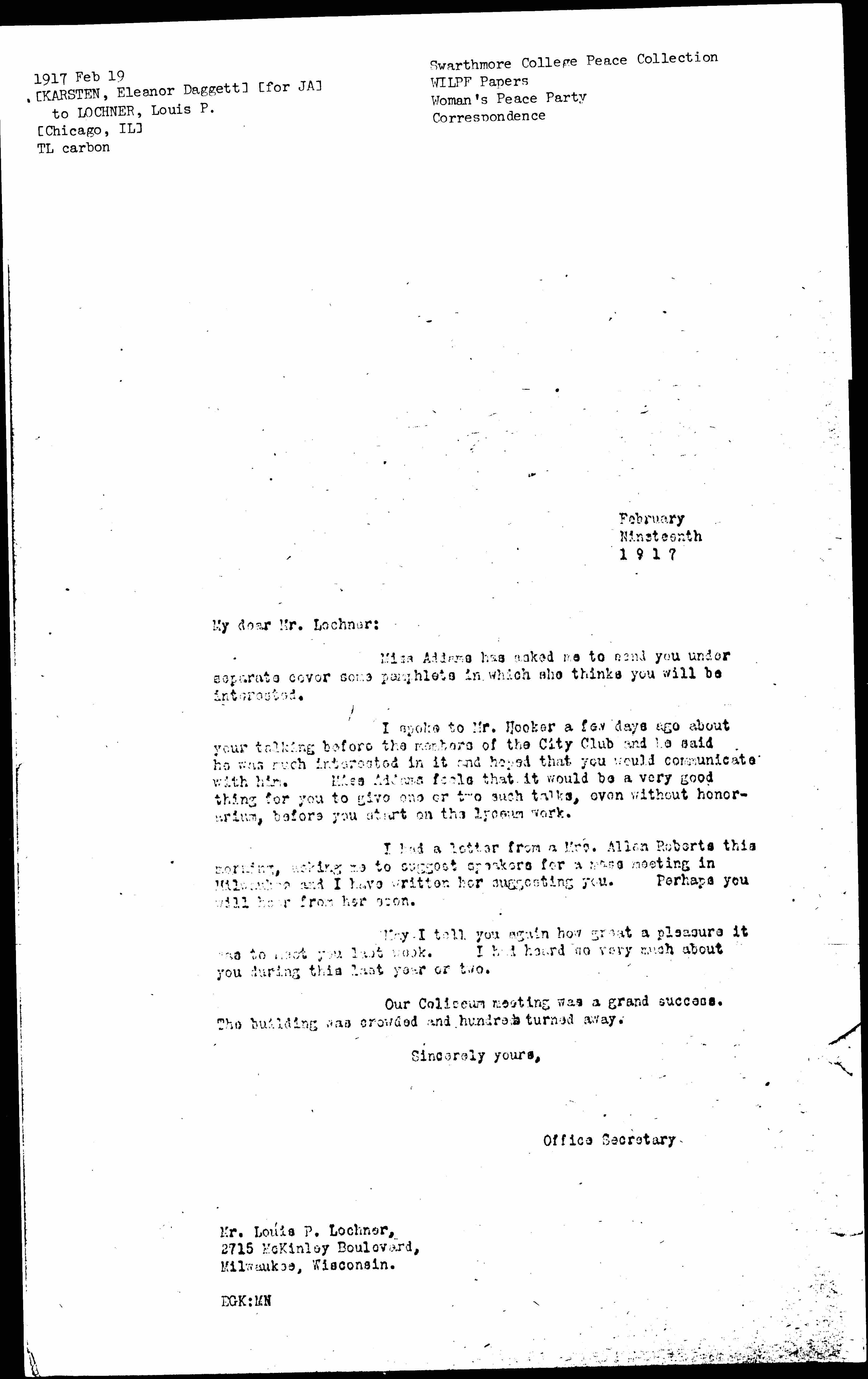 Miss Addams has asked me to send you under separate cover some pamphlets in which she thinks you will be interested.

I spoke to Mr. Hooker a few days ago about your talking before the members of the City Club and he said he was much interested in it and hoped that you would communicate with him. Miss Addams feels that it would be a very good thing for you to give one or two such talks, even without honorarium, before you start on the lyceum work.

I had a letter from a Mrs. Allan Roberts this morning, asking me to suggest speakers for a mass meeting in Milwaukee and I have written her suggesting you. Perhaps you will hear from her soon.

May I tell you again how great a pleasure it was to meet you last week. I had heard so very much about you during this last year or two.

Our Coliseum meeting was a grand success. The building was crowded and hundreds turned away.

Karsten informs Lochner that George Ellsworth Hooker wishes to address him about speaking before the City Club. She also recommended him as a speaker to Annette Jacobi Roberts of Milwaukee.