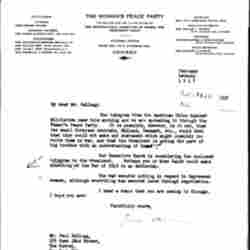 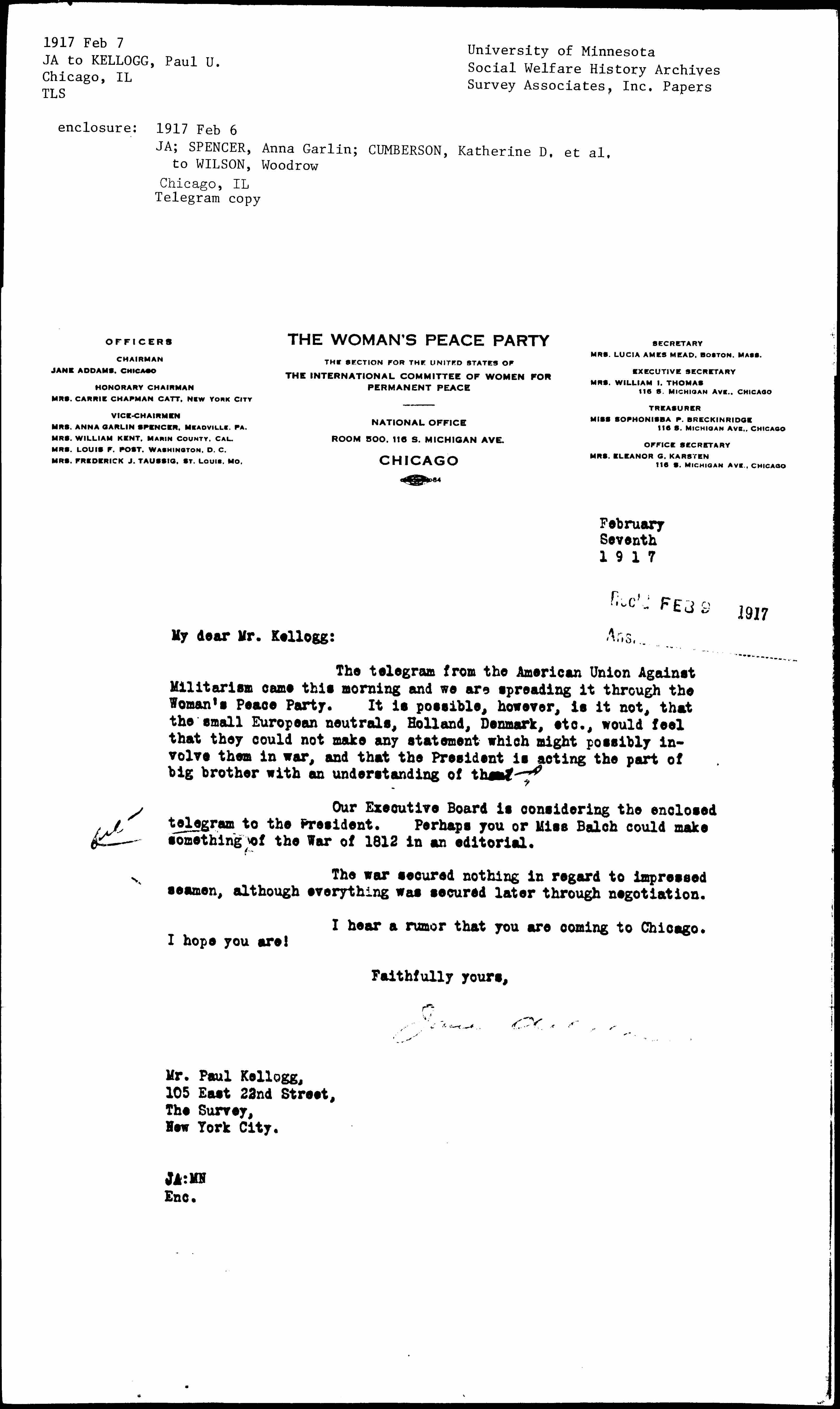 The telegram from the American Union Against Militarism came this morning and we are spreading it through the Woman's Peace Party. It is possible, however, is it not, that the small European neutrals, Holland, Denmark, etc., would feel that they could not make any statement which might possibly involve them in war, and that the President is acting the part of big brother with an understanding of [that]?

Our Executive Board is considering the enclosed telegram to the President. Perhaps you or Miss Balch could make something <[out]> of the War of 1812 in an editorial.

The war secured nothing in regard to impressed seamen, although everything was secured later through negotiation.

I hear a rumor that you are coming to Chicago. I hope you are!