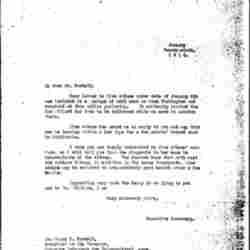 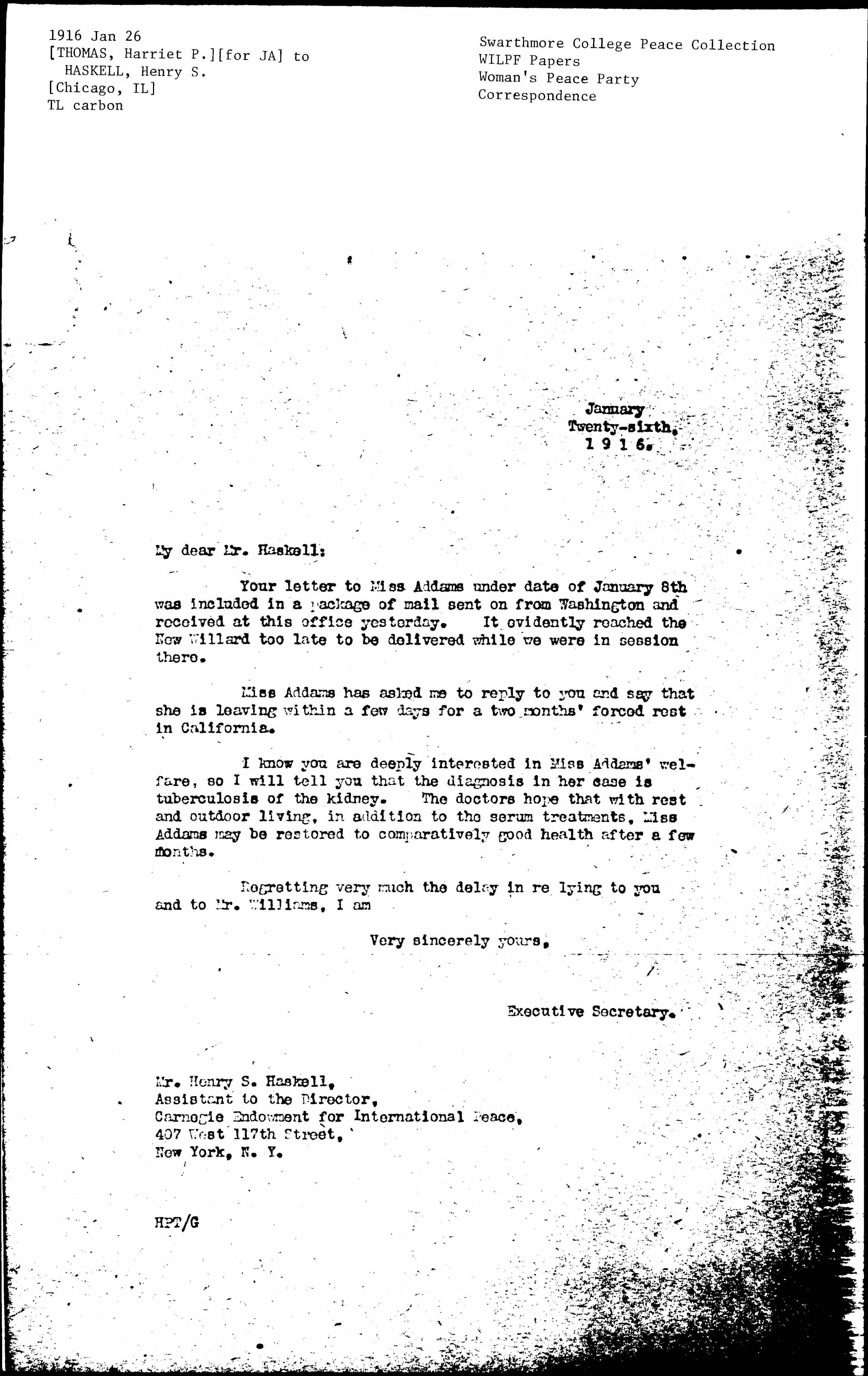 Your letter to Miss Addams under date of January 8th was included in a package of mail sent on from Washington and received at this office yesterday. It evidently reached the New Willard too late to be delivered while we were in session there.

Miss Addams has asked me to reply to you and say that she is leaving within a few days for a two months' forced rest in California.

I know you are deeply interested in Miss Addams' welfare, so I will tell you that the diagnosis in her case is tuberculosis of the kidney. The doctors hope that with rest and outdoor living, in addition to the serum treatments, Miss Addams may be restored to comparatively good health after a few months.

Regretting very much the delay in [replying] to you and to Mr. Williams, I am 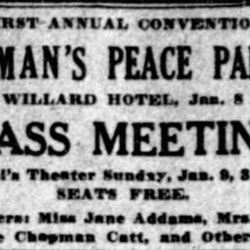 Thomas replies for Addams that Haskell's letter to the Woman's Peace Party meeting arrived too late, and updates him on Addams's health.