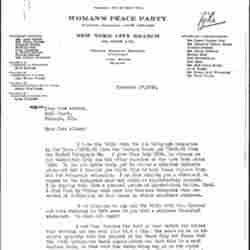 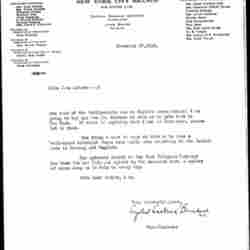 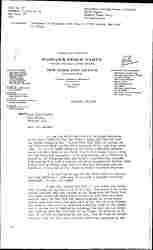 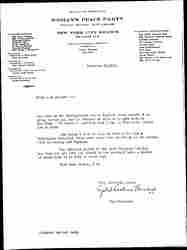 I have the bills from the two telegraph companies in New York -- $2675.71 from the Western Union and $2833.61 from the Postal Telegraph Co. I gave Miss Doty $100. in advance on her Washington trip and the other expenses so far have been about $105. We are not quite ready yet to render a detailed definite statement but I thought you might like to have these figures from the two telegraph companies. I am also sending you a statement in regard to the telegrams sent out which is approximately correct. I am sending this with a general letter of appreciation to Mrs. Ford. I find that by Friday noon over six thousand telegrams were received at Washington so that means an almost unanimous response.

I am planning to pay all the bills with Mrs. Spencer and turn whatever is left over to you with a complete financial statement. Is that all right?

I saw Mrs. Snowden for half an hour before she sailed this morning and was very glad that I did. She seems to be in absolute sympathy with the project of the Peace Ship but fears that the whole enterprise lacks organization and that this is a most serious lack; in fact that the whole thing may go on the rocks unless some organizing mind gets hold of it. She was very friendly, however, and sees the wonderful publicity value of the scheme and is on her way to England to encourage the best men and women she knows to meet the pacifists at The Hague. It seems to me in view of all the insinuations in the past, that it would be unfortunate to have the ship sail with Mme. Schwimmer representing the [page 2] one side of the belligerents and no English woman aboard. I am going to try and see Mr. Lochner as soon as he gets back to New York. If there is anything that I can do from here, please let me know.

One thing I want to urge on them is to take a well-known Socialist whose name would mean something to the Socialists in Germany and England.

One splendid result of the Ford Telegram Campaign has been the new life and spirit in the movement here. A number of women drop in to help us every day. 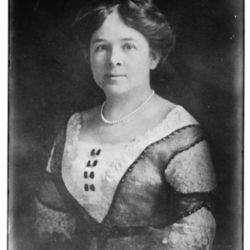 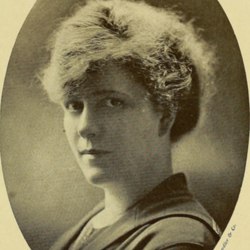 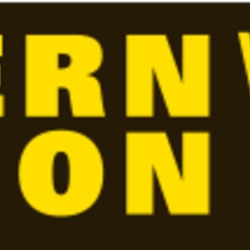 Benedict responds to some of Addams' queries regarding the finances of the Woman's Peace Party.