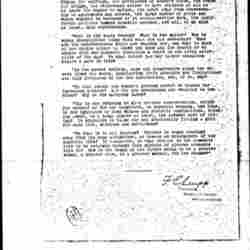 "The purpose of the articles is to ascertain the fundamental reason for the present unrest among women, of which the demand for suffrage, the prevalence of women's clubs, the craze for Bridge, the reluctance either to have children at all or to leave the number to nature, the drift away from housekeeping to apartments and hotels, the large number of girls and women engaged in business or in social-service work, the indifferent attitude toward domestic science, are all, to my mind at least, only expressions.

"What is the basic reason? What is the matter? Why is woman dissatisfied today with what she had yesterday? What are the undercurrents which are swaying her, and what is back of her desire either to leave the home and the hearth or to couple with her domestic functions a share in the civic activities of the day? To what extent has her larger education played a part in this?

"Is the unrest healthy, sane and progressive along the wisest lines for women, considering their absolute sex limitations? Are they irritated by the sex distinction, and, if so, why?

"To what extent can woman's growing unrest be blamed for increased divorce? Has the one phenomenon any relation to the other? Why is she marrying later?

"Why is she refusing to give serious consideration, either for herself or for her daughters, to domestic economy, and thus, by her ignorance of food values and dietetic combinations, bring about, to a large degree at least, the present cost of living? Is education to blame for not practically fitting a girl for home life, wifehood and motherhood?

"To what is it all leading? Whither is woman tending? Away from the home altogether, or toward an enlargement of the domestic life? If the latter, in what respect is the domestic life to be enlarged through this mixture of diverse elements with it? How is the woman of the future going to be a greater woman, a greater wife, or a greater mother, for the change?" 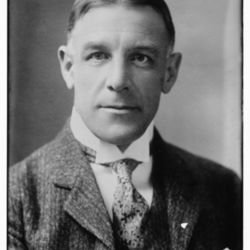 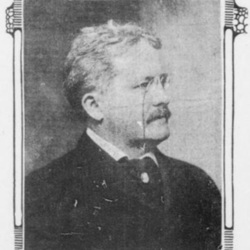 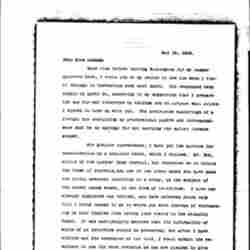 Bok's questions for a series of interviews with Jane Addams and other prominent women are intended to find an explanation for women's "unrest" and the factors that have led to their discontent.