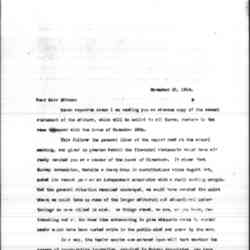 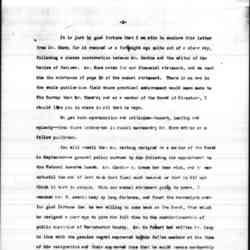 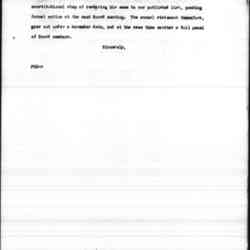 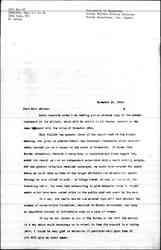 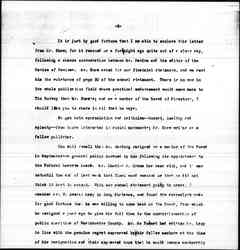 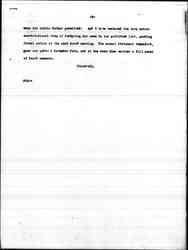 Under separate cover I am sending you an advance copy of the annual statement of the editors, which will be mailed to all Survey readers in the same wrapper with the issue of November 28th.

This follows the general lines of the report read at the annual meeting, and gives in greater detail the financial statements which have already reached you as a member of the Board of Directors. It shows that Survey Associates, despite a sharp drop in contributions since August 1st, ended its record year as an independent enterprise with a small working margin. Had the general situation remained unchanged, we would have reached the point where we could take up some of the larger editorial and educational undertakings we have all had in mind. As things stand, we are, as you know, retrenching and at the same time endeavoring to give adequate space to social needs which have been pushed aside in the public mind and press by the war.

In a way, the twelve months now entered upon will test whether the scheme of [cooperative] journalism, embodied in Survey Associates, can keep an important channel of information open in a year of stress.

If anyone has spoken to you of The Survey in the last few months, in a way which would encourage us to appeal to them for support in a trying year, I should be very glad to write -- or if possible -- call upon them if you will give me their names. [page 2]

It is just by good fortune that I am able to enclose this letter from Mr. Shaw; for it reached us a fortnight ago quite out of a clear sky, following a chance conversation between Mr. Devine and the editor of the Review of Reviews. Mr. Shaw asked for our financial statement, and we sent him the substance of page 30 of the annual statement. There is no man in the whole publication field whose practical endorsement would mean more to The Survey then Mr. Shaw's; and as a member of the Board of Directors, I should like you to share in all that he says.

We get both appreciation and criticism -- honest, healthy and aplenty -- from those interested in social movements; Mr. Shaw writes as a fellow publisher.

You will recall that Mr. Warburg resigned as a member of the Board in September -- a general policy pursued by him following his appointment to the Federal Reserve Board. Mr. Charles R. Crane has been sick, and it was not until the end of last week that final word reached us that he did not think it best to accept. With our annual statement going to press, I reached Mr. V. Everit Macy by long distance, and found the scarcely-hoped-for good fortune that he was willing to come back on the Board, from which he resigned a year ago to give his full time to the commissionership of public charities of Westchester County. Mr. de Forest had written Mr. Macy in line with the genuine regret expressed by his fellow members at the time of his resignation and their expressed hope that he would resume membership [page 3] when his public duties permitted. And I have ventured the very extraconstitutional step of restoring his name to our published list, pending formal action at the next Board meeting. The annual statement therefore, goes out under a November date, and at the same time carries a full panel of Board members. 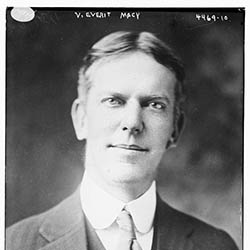 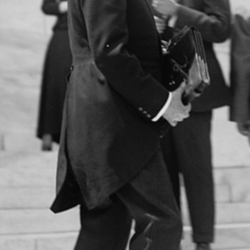 Kellogg writes to Addams about the recent activities of The Survey.