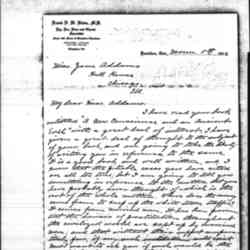 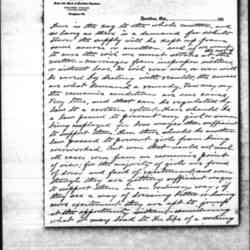 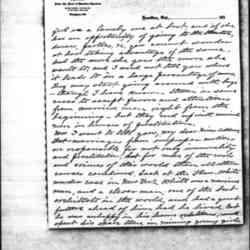 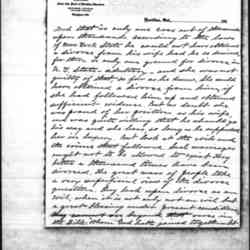 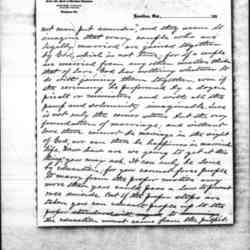 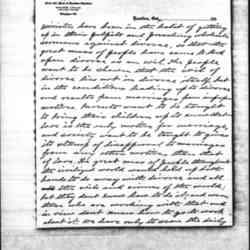 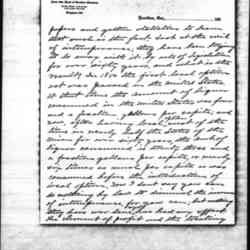 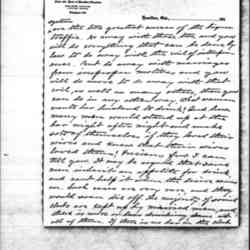 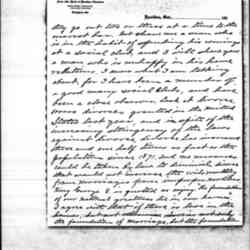 I have read your book entitled "A New Conscience and an Ancient Evil" with a great deal of interest. I have given a great deal of thought to the subject of your book, and am going to take the liberty of writing you in reference to the same. It is a good book and well written, and I know that the pitiable cases you have cited are all too true; but I am going to tell you something in reference to the matter that you have probably never thought of which is the root of the whole matter. Where does the money come from to keep up the white slave traffic? It comes from married men. It has been proven that the houses of prostitution throughout the civilized world are kept up by married men; and that without their support comparatively few, if any such institutions could exist. Now I want to ask you if such would be the case if husbands loved their wives and knew that their wives loved them? Decidedly not. [page 2] There is the key to the whole matter, and so long as there is a demand for white slaves the supply will be kept up from some source or another; and if we want to cure] the evil we must strike at <the root of> the matter -- marriages from improper motives, or without love. No evil ever was, or ever will be cured by dealing with results; the causes are what demand a remedy. You may say the economic conditions are one cause. Very true, and that can be regulated by law to a certain extent. There should be a law passed to prevent any girl or woman being employed for less wages than sufficient to support them. Then there should be another law passed to prevent girls from being overworked. But even that would not reach all cases even from an economic point of view; for the majority of girls are fond of dress and fond of excitement, and even though they are getting sufficient wages to support them in an ordinary way, if they see a way of dressing better or having more excitement they are apt to jump at the opportunity without considering what it may lead to. The life of a working [page 3] girl is a lonely one at best, and if she has an opportunity of going to the [theater], dances, parties, &c, you cannot wonder at her taking advantage of the same. And the more she goes the more she wants to; and I need not tell you where it leads to in a large percentage of cases. They may start going around with boys -- though I have known them in some cases to accept favors and attentions from married men right from the beginning -- but they end up with married men in houses of prostitution.

P.S. Kindly acknowledge receipt of this. I will send this to the Hull House, which is the only address I know. Bates offers Addams his opinions on A New Conscience and an Ancient Evil.