Address at Memorial for Teachers Who Perished in the Iroquois Theatre Fire, January 16, 1904 (excerpt) 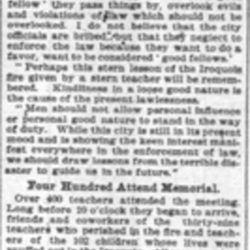 Speaking at Memorial for Teachers Who Perished in the Iroquois She Says City Officials Are Not Bribe Takers, but Are Too Obliging and Anxious to Make Friends -– Miss Cronk Urges the Punishment of Those Guilty.

City officials were defended against the charge of being bribe takers and their inaction was attributed to their desire to do favors and pose as "good fellows" in an address by Miss Jane Addams at the memorial meeting of the Teachers' federation at Fullerton hall yesterday morning.

"People have a disposition not to give offense," declared Miss Addams, "and in fear of being considered priggish and not a 'good fellow' they pass things by, overlook evils and violations of law which should not be overlooked. I do not believe that the city officials are bribed, but they neglect to enforce the law because they want to do a favor, want to be considered 'good fellows.'

"Perhaps this stern lesson of the Iroquois fire given by a stern teacher will be remembered. Kindliness in a loose good nature is the cause of the present lawlessness.

"Men should not allow personal influence or personal good nature to stand in the way of duty. While this city is still in its present mood and is showing the keen interest manifest everywhere in the enforcement of law, we should draw lessons from the terrible disaster to guide us in the future."

Over 400 teachers attended the meeting. Long before 10 o'clock they began to arrive, friends and coworkers of the thirty-nine teachers who perished in the fire and teachers of the 102 children whose lives were snuffed out of the Iroquois. All were touched by the solemnity of the occasion, and as the requiems were sung many of the teachers were unable to hide their grief.

The first speaker was Miss Louie L. Kilbourn, president of the federation. Miss Kilbourn, after referring to the disaster which she declared broke the ranks of the teachers in every part of the city, said:

"If a law is useless, repeal it; if impracticable, change it; but by all means enforce the law. We must, in future, do all in our power to see that the laws are enforced. Giving to boys the duties that belong to men was in a great measure responsible for the Iroquois fire."

Miss Jeanette M. Cronk of the Sherman school declared that Chicago had added another chapter to its eventful career; this time a tragic chapter. "Somebody must be held responsible," she urged, "for the horror that forced men to go back to vacant homes where never again would the voices of their children be heard. No guilty person should escape a full measure of punishment."

The teachers wept as Miss Harriet Treadwell of the Forestville school, teacher of Walter Bissinger, one of the victims, told the life story and of the ambitions of her pupil. She described him as a boy of exceptionally gentle nature and a poet of no mean ability. 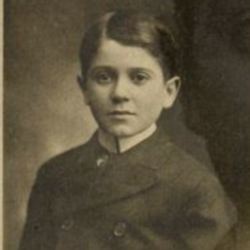 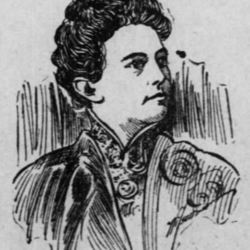 Addams spoke at a memorial meeting for Iroquois Theater fire victims, organized by the Chicago Teacher's Federation, about the dangers of overlooking violations in fear of being seen as bad people.

The article was published in several newspapers.