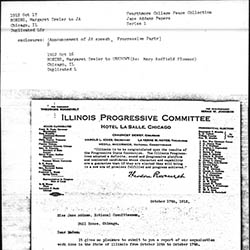 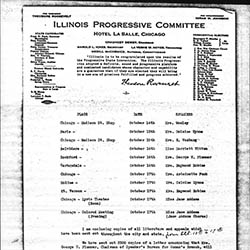 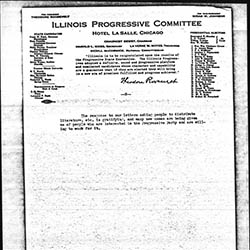 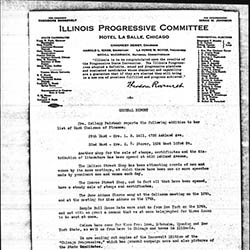 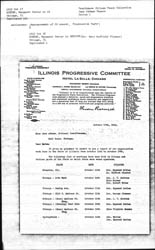 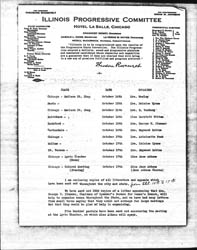 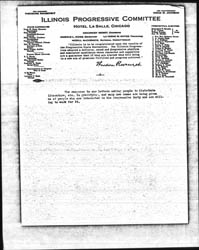 It gives me pleasure to submit to you a report of our organization work done in the State of Illinois from October 10th to October 17th.

The following list of meetings have been held in Chicago and various parts of the State at which there were women speakers:

I am enclosing copies of all literature and appeals which have been sent out throughout the city and state. <from Oct. 10th to 17th>

We have sent out 2500 copies of a letter announcing that Mrs. George W. Plummer, Chairman of Speaker's Bureau for Woman's Branch, will help to organize women throughout the State, and we have had many letters from small towns saying that they could not arrange for large meetings but that they would be glad of help in organizing.

Five hundred postals have been sent out announcing the meeting at the Lyric Theater, at which Miss Addams will speak. [page 3]

The response to our letters asking people to distribute literature, etc. is gratifying, and many new names are being given us of people who are interested in the Progressive Party and are willing to work for it. 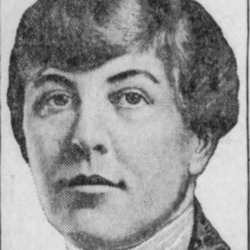 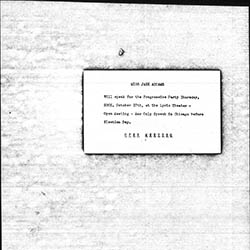 Robins reports on Progressive Party activities in Illinois from October 10 to 17.