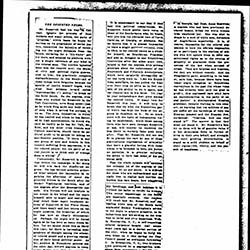 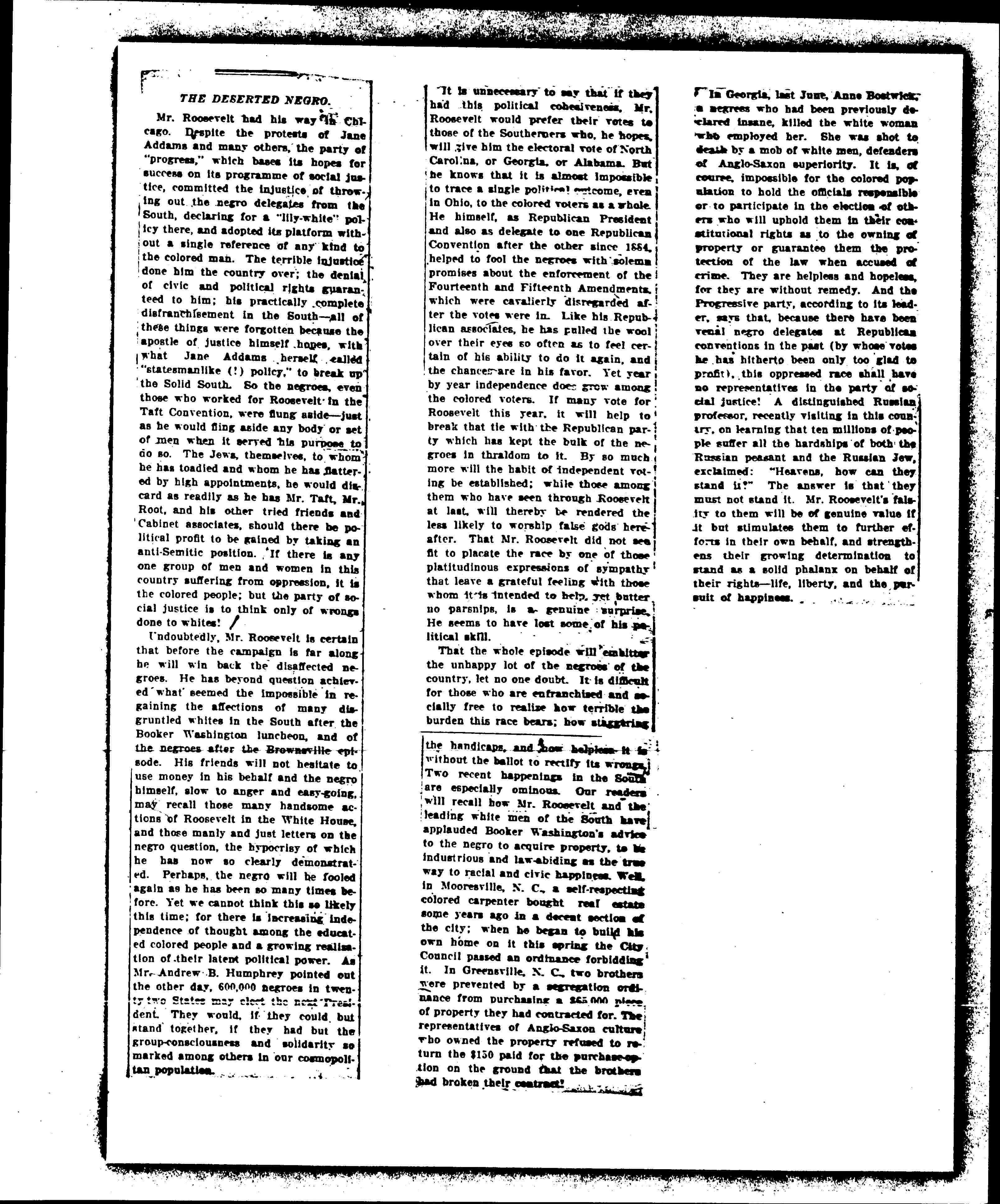 Mr. Roosevelt had his way in Chicago. Despite the protests of Jane Addams and many others, the party of "progress," which bases its hopes for success on its [program] of social justice, committed the injustice of throwing out the negro delegates from the South, declaring for a "lily-white" policy there, and adopted its platform without a single reference of any kind to the colored man. The terrible injustice done him the country over; the denial of civic and political rights guaranteed to him; his practically complete disfranchisement in the South -- all of these things were forgotten because the apostle of justice himself hopes, with what Jane Addams herself called "statesmanlike (!) policy," to break up the Solid South. So the negroes, even those who worked for Roosevelt in the Taft Convention, were flung aside -- just as he would fling aside any body or set of men when it served his purpose to do so. The Jews, themselves, to whom he has toadied and whom he has flattered by high appointments, he would discard as readily as he has Mr. Taft, Mr. Root, and his other tried friends and Cabinet associates, should there be political profit to be gained by taking an anti-Semitic position. If there is any one group of men and women in this country suffering from oppression, it is the colored people; but the party of social justice is to think only of wrongs done to whites!

Undoubtedly, Mr. Roosevelt is certain that before the campaign is far along he will win back the disaffected negroes. He has beyond question achieved what seemed the impossible in regaining the affections of many disgruntled whites in the South after the Booker Washington luncheon, and of the negroes after the Brownsville episode. His friends will not hesitate to use money in his behalf and the negro himself, slow to anger and easy-going, may recall those many handsome actions of Roosevelt in the White House, and those manly and just letters on the negro question, the hypocrisy he has now so clearly demonstrated. Perhaps, the negro will be fooled again as he has been so many times before. Yet we cannot think this so likely this time; for there is increasing independence of thought among the educated colored people and a growing realization of their latent political power. As Mr. Andrew B. Humphrey pointed out the other day, 600,000 negroes in twenty two States may elect the next President. They would, if they could, but stand together, if they had but the group-consciousness and solidarity so marked among others in our cosmopolitan population.

It is unnecessary to say that if they had this political cohesiveness, Mr. Roosevelt would prefer their votes to those of the Southerners who, he hopes, will give him the electoral vote of North Carolina, or Georgia, or Alabama. But he knows that it is almost impossible to trace a single political outcome, even in Ohio, to the colored voters as a whole. He himself, as Republican President and also as delegate to one Republican Convention after the other since 1884, helped to fool the negroes with solemn promises about the enforcement of the Fourteenth and Fifteenth Amendments, which were cavalierly disregarded after the votes were in. Like his Republican associates, he has pulled the wool over their eyes so often as to feel certain of his ability to do it again, and the chances are in his favor. Yet year by year independence does grow among the colored voters. If many vote for Roosevelt this year, it will help to break that tie with the Republican party which has kept the bulk of the negroes in [thralldom] to it. By so much more will the habit of independent voting be established; while those among them who have seen through Roosevelt at last, will thereby be rendered the less likely to worship false gods hereafter. That Mr. Roosevelt did not see fit to placate the race by one of those platitudinous expressions of sympathy that leave a grateful feeling with those whom it is intended to help, yet butter no parsnips, is a genuine surprise. He seems to have lost some of his political skill.

That the whole episode will embitter the unhappy lot of the negroes of the country, let no one doubt. It is difficult for those who are enfranchised and socially free to realize how terrible the burden this race bears; how staggering the handicaps, and how helpless it is without the ballot to rectify its wrongs. Two recent happenings in the South are especially ominous. Our readers will recall how Mr. Roosevelt and the leading white men of the South have applauded Booker Washington's advice to the negro to acquire property, to be industrious and law-abiding as the true way to racial and civic happiness. Well, in Mooresville, N.C., a self-respecting colored carpenter bought real estate some years ago in a decent section of the city; when he began to build his own home on it this spring the City Council passed an ordinance forbidding it. In Greensville, N.C., two brothers were prevented by a segregation ordinance from purchasing a $65,000 piece of property they had contracted for. The representatives of Anglo-Saxon culture who owned the property refused to return the $150 paid for the purchase-option on the ground that the brothers had broken their contract!

In Georgia, last June, Anne Bostwick, a negress who had been previously declared insane, killed the white woman who employed her. She was shot to death by a mob of white men, defenders of Anglo-Saxon superiority. It is, of course, impossible for the colored population to hold the officials responsible or to participate in the election of others who will uphold them in their constitutional rights as to the owning of property or guarantee them the protection of the law when accused of crime. They are helpless and hopeless, for they are without remedy. And the Progressive party, according to its leader, says that, because there have been venal negro delegates at Republican conventions in the past (by whose votes he has hitherto been only too glad to profit), this oppressed race shall have no representatives in the party of social justice! A distinguished Russian professor, recently visiting in this country, on learning that ten millions of people suffer all the hardships of both the Russian peasant and the Russian Jew, exclaimed: "Heavens, how can they stand it?" The answer is that they must not stand it. Mr. Roosevelt's falsity to them will be of genuine value if it but stimulates them to further efforts in their own behalf, and strengthens their growing determination to stand as a solid phalanx on behalf of their rights -- life, liberty, and the pursuit of happiness. 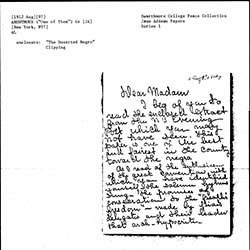 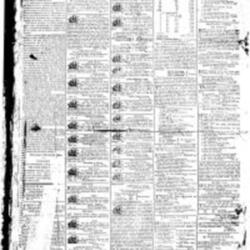 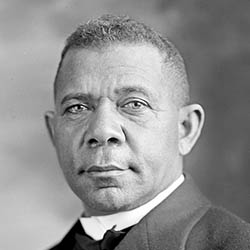 The article offers a sharp critique of Theodore Roosevelt and the Progressive Party for failing to endorse rights for African Americans.