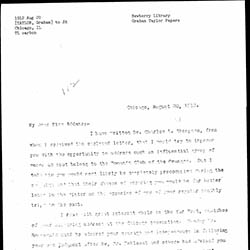 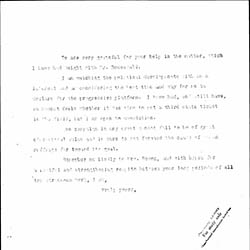 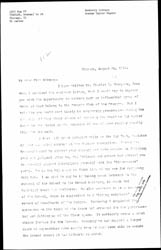 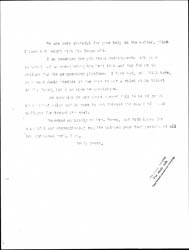 I have written Dr. Charles L. Thompson, from whom I received the enclosed letter, that I would try to impress you with the opportunity to address such an influential group of women as must belong to the Woman's Club of the Oranges. But I told him you would most likely be completely preoccupied during the campaign and that their chance of securing you would be far better later in the winter on the occasion of one of your regular monthly trips to the east.

I read with great interest while in the far West, snatches of your seconding address at the Chicago convention. Sunday Mr. Rosenwald said he admired your courage and independence in following your own judgment after he, Mr. Kohlsaat and others had advised you so strongly against identifying yourself with the "Progressive" party. He is too big a man to think less of anyone for differing with him. I am glad to say he is taking great interest in the removal of the School to the Keener building, in which the Municipal Court was sheltered. He also consents to be a trustee of the School, which is equivalent to a "living endowment" by the extent of one-fourth of the budget. Yesterday I completed the agreement on the terms of the lease and arranged for the partitioning and fitting up of the floor space. It certainly seems a great stride forward for the School. Possibly we can support a larger scale of expenditure more easily than we have been able to secure the lesser amount it has hitherto required. [page 2]

We are very grateful for your help in the matter, which I know had weight with Mr. Rosenwald.

I am watching the political development with keen interest and am considering the best time and way for me to declare for the progressive platform. I have had, and still have, an honest doubt whether it was wise to put a third state ticket in the field, but I am open to conviction.

The campaign in any event cannot fail to be of great educational value and is sure to set forward the cause of woman suffrage far toward its goal.

Remember me kindly to Mrs. Bowen, and with hopes for a restful and strengthening respite between your long periods of all too strenuous work, I am, 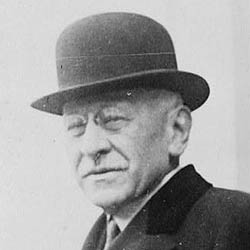 Women's Club of the Oranges

Taylor congratulates Addams on her courageous decision to support Theodore Roosevelt and the Progressive Party.

The enclosed letter mentioned in the document could not be found.