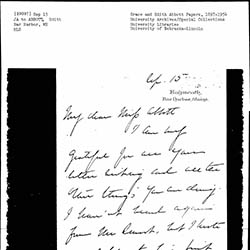 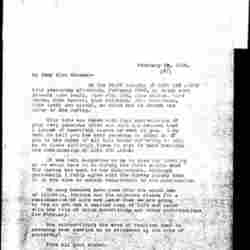 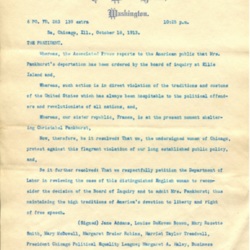 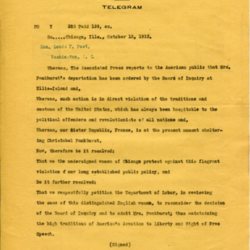 Mary Anderson was a Hull-House resident, a union president and later head of the Women's Bureau of the U.S. Department of Labor. Born in Sweden, Mary immigrated to the U.S. in 1889 when she was sixteen. She worked as a shoemaker at Schwab's factory, and in 1893 she became the president of the all-women Boot Stitchers' Local 94. She also served as the union representative at the Chicago Federation of Labor meetings. Through Jane Addams, she became a member of the Women's Trade Union League, which she worked full time. In 1920 she became the first director of the Labor Department's Women's Bureau and worked to fight discrimination against women in labor.