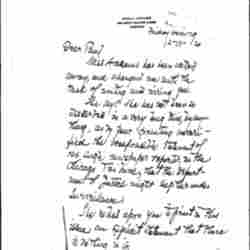 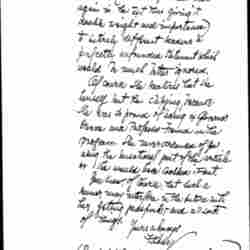 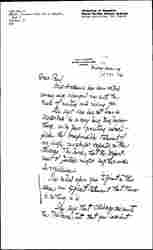 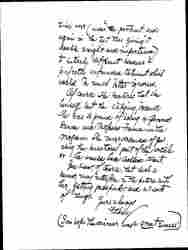 Miss Addams has been called away, and charged me with the task of writing and wiring you.

She says she has not been so disturbed in a very long time, by anything, as by your printing unverified the irresponsible statement of one single newspaper reporter, in the Chicago Tribune, that the Department of Justice might keep her under surveillance.

She relies upon you to print in this issue an explicit statement that there is nothing in it.

She says that Chicago discounts the Tribune, but that you have sent [page 2] twice over (under the portrait and again in the text thus giving it double weight and importance) to entirely different readers a perfectly unfounded statement which would be much better ignored.

Of course she realized that she herself sent the clipping, because she was so proud of having ex Governor Dunne and Professor Freund on the program. She never dreamed of you using the sensational part of the article or she would have crossed it out.

You know, of course, that such a rumor may interfere in the future with her getting passports, -- and all sorts of things.

(I do hope the dinner was a great success!) 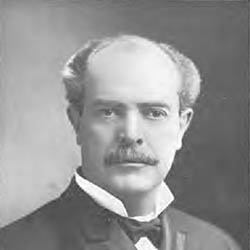 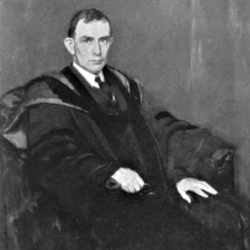 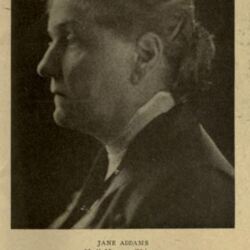 Keepers of the Faith Photograph, February 7, 1920 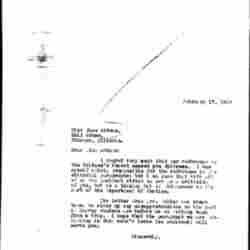 Kelley criticizes Kellogg's decision to print an unsubstantiated claim that Addams was under investigation by the Department of Justice.