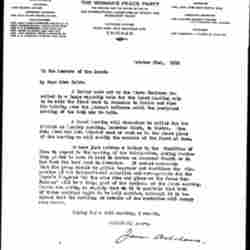 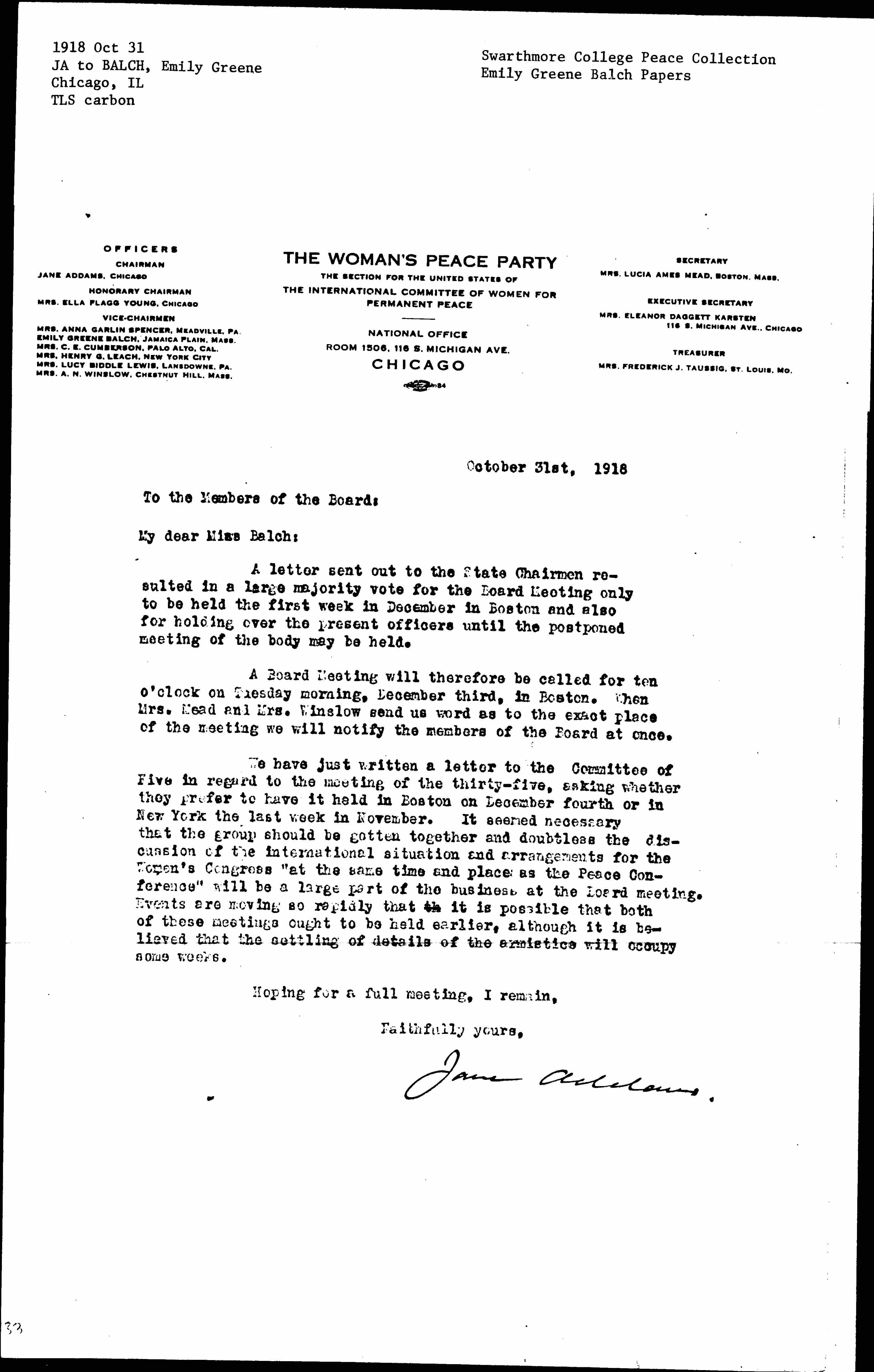 To the Members of the Board:

A letter sent out to the State Chairmen resulted in a large majority vote for the Board Meeting only to be held the first week in December in Boston and also for holding over the present officers until the postponed meeting of the body may be held.

A Board Meeting will therefore be called for ten o'clock on Tuesday morning, December third, in Boston. When Mrs. Mead and Mrs. Winslow send us word as to the exact place of the meeting we will notify the members of the Board at once.

We have just written a letter to the Committee of Five in regard to the meeting of the thirty-five, asking whether they prefer to have it held in Boston on December fourth or in New York the last week in November. It seemed necessary that the group should be gotten together and doubtless the discussion of the international situation and arrangements for the Women's Congress "at the same time and place as the Peace Conference" will be a large part of the business at the Board meeting. Events are moving so rapidly that it is possible that both of these meetings ought to be held earlier, although it is believed that the settling of details of the armistice will occupy some weeks.

Hoping for a full meeting, I remain, 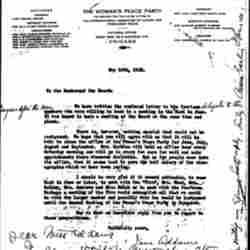 Addams tells the Board of the Woman's Peace Party about plans for a meeting in Boston and the postponement of a general meeting.