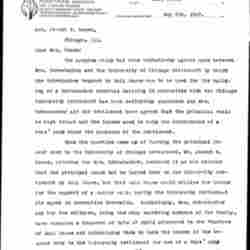 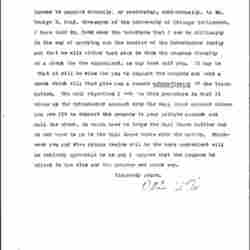 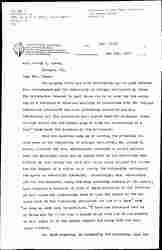 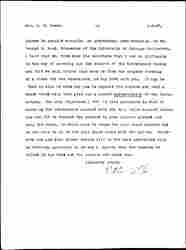 IN RE: Hull House

Mr. Bond requests, in forwarding the documents, that the [page 2] income be payable annually, or preferably, semi-annually, to Mr. George H. Mead, treasurer of the University of Chicago Settlement. I have told Mr. Bond over the telephone that I see no difficulty in the way of carrying out the desires of the Schwabacher family and that we will either turn over to them the coupons directly or a check for the equivalent, as may best suit you. It may be that it will be wise for you to deposit the coupons and send a check which will thus give you a record automatically of the transaction. The only objection I see to this procedure is that it mixes up the Schwabacher account with the Hull House account unless you see fit to deposit the coupons to your private account and mail the check, in which case we dodge the Hull House auditor and do not have to go to the Hull House books with the matter. Whichever you and Miss Addams decide will be the more convenient will be entirely agreeable to me and I suggest that the coupons be sliced in due time and the process set under way. 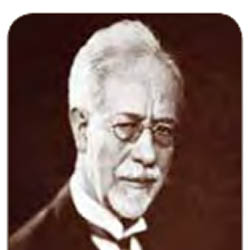 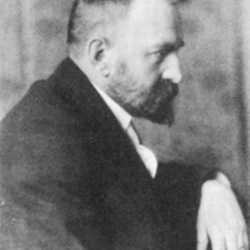 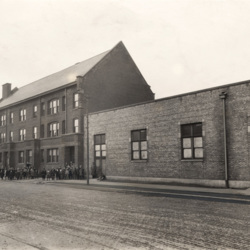 Pond writes to Bowen regarding a bequest from the Schwabacher family for a summer camp to be operated in conjunction with the University of Chicago Settlement.