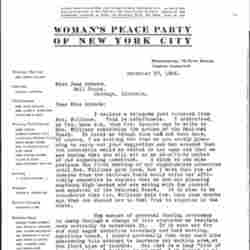 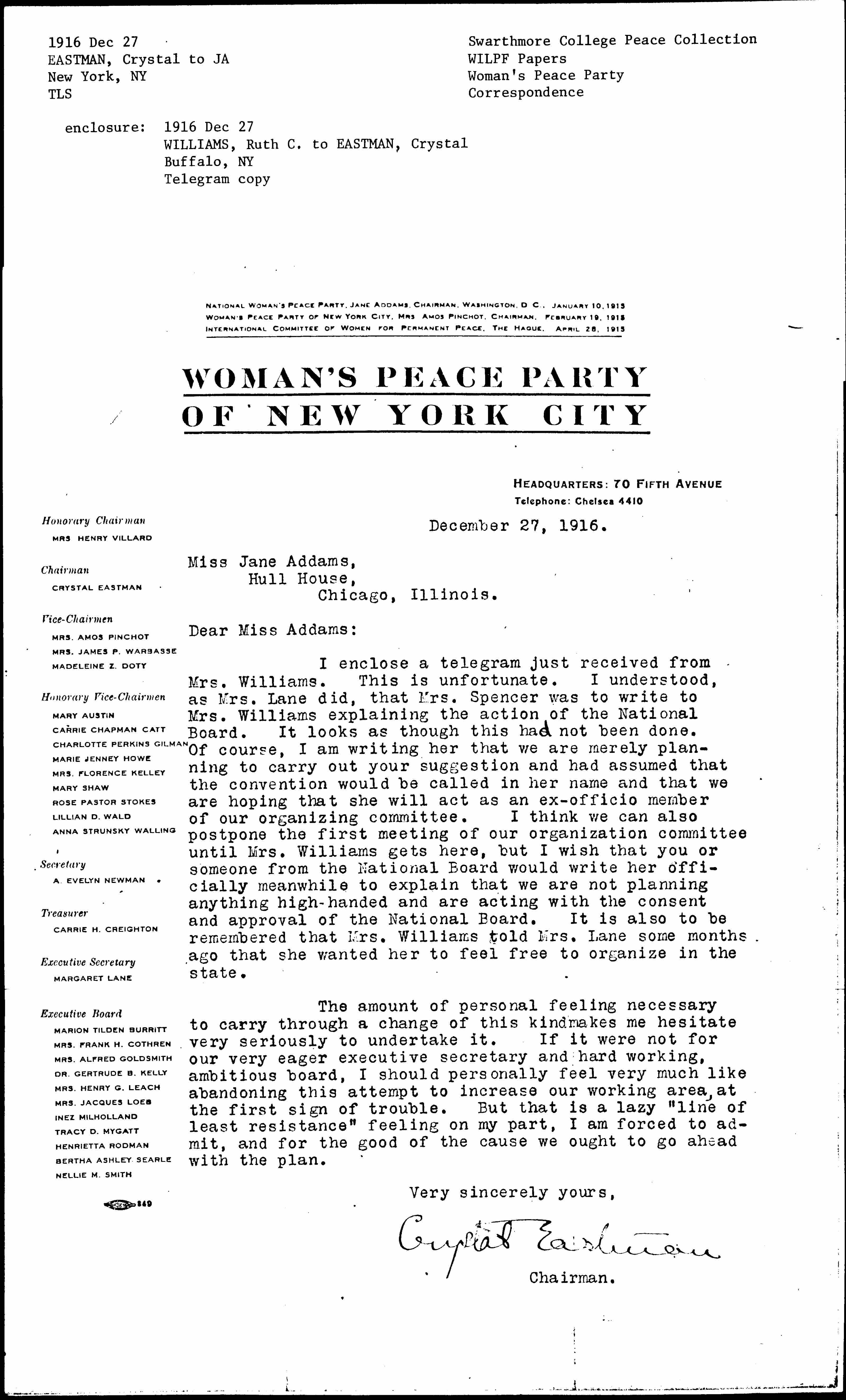 I enclose a telegram just received from Mrs. Williams. This is unfortunate. I understood, as Mrs. Lane did, that Mrs. Spencer was to write to Mrs. Williams explaining the action of the National Board.  It looks as though this had not been done. Of course, I am writing her that we are merely planning to carry out your suggestion and had assumed that the convention would be called in her name and that we are hoping that she will act as an ex-officio member of our organizing committee. I think we can also postpone the first meeting of our organization committee until Mrs. Williams gets here, but I wish that you or someone from the National Board would write her officially meanwhile to explain that we are not planning anything high-handed and are acting with the consent and approval of the National Board.  It is also to be remembered that Mrs. Williams told Mrs. Lane some months ago that she wanted her to feel free to organize in the state.

The amount of personal feeling necessary to carry through a change of this kind makes me hesitate very seriously to undertake it. If it were not for our very eager executive secretary and hard working, ambitious board, I should personally feel very much like abandoning this attempt to increase our working area, at the first sign of trouble. But that is a lazy "line of least resistance" feeling on my part, I am forced to admit, and for the good of the cause we ought to go ahead with the plan. 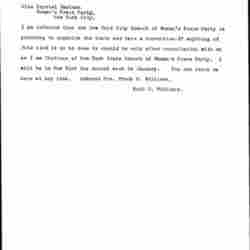