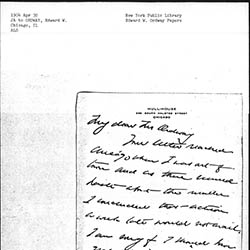 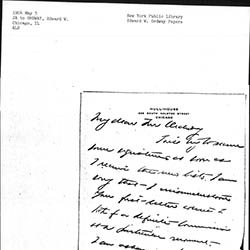 Edward Warren Ordway graduated from Harvard in 1887 and Harvard Law School in 1890. He was a political activist that worked with the Anti-Imperialist League of New York. There he served as secretary from 1899 to 1904. Ordway was also a part of the Filipino Progress Association, which he formed in 1905. He was concerned with the American involvement in the Philippines and wrote extensively on the topic. Ordway died in 1958.