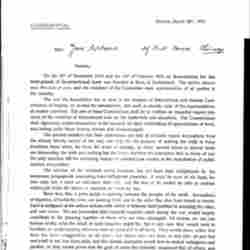 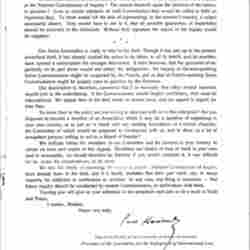 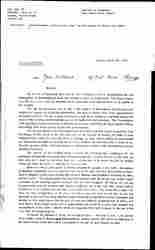 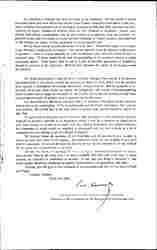 On the 15th of November 1914 and the 14th of February 1915 an Association for the Safe-guard of International Law was founded at Bern, in Switzerland. The device chosen was Pro luce et jure, and the members of the Committee were representative of all parties in the country.

The end the Association has in view is the creation of International and Neutral Commissions of Inquiry, or at least the introduction, into such as already exist, of the representatives of neutral countries. The aim of these Commissions shall be to institute an impartial inquiry into cases of the violation of International Law on the battle-field and elsewhere. The Commissions shall rigorously restrict themselves to the research for facts withholding all appreciations of them, and setting aside those already known and acknowledged.

The present initiative has been undertaken not only to preclude unjust accusations from the already bloody record of the war, not only for the purpose of seeking the truth in these troublous times when, far from the scene of carnage, so many earnest minds in neutral lands are demanding the truth and nothing but the truth; but from the conviction that in times of war the only sanction left for enforcing respect of violated Law resides in the reprobation of public opinion everywhere.

The opinion of the civilized world, however, has not been truly enlightened by the numerous propaganda emanating from belligerent countries. It must be sure of the facts, for then only can it exert an influence, then only will the fear of its verdict be able to restrain within just limits the forces or passions let loose by war.

More than this, a great [gulf] is opening between the peoples of the earth. Accusations of injustice, of barbarity even, are passing from one to the other like shot from trench to trench. Each is indignant at the odious actions with which it believes itself justified in accusing the other, and vice versa. We are persuaded that impartial inquiries made during the war would largely contribute to the drawing together of those who are now estranged. Of course, no one can foresee [today] what the result of such inquiries might be; but in any case they would tend to facilitate an understanding between men of good-will in all lands. They would show, either that there has been exaggeration on all sides; that others have not been so bad after all and that one's-self is not free from stain, and this double admission would lead to mutual indulgence and pardon; or they would prove that the guilt of some has infinitely surpassed that of others, and even then a frank avowal on the part of independent men would be a great step towards that reconciliation of the "[elite]", without which an irreparable blow will be struck by the war at the very roots of human progress.

To further the interests of Truth, the triumph of Law, -- Pro luce et jure --, to combat error, fruitful cause of division and hatred between nations, and by this means to contribute to the reconciliation of the best minds everywhere, is the aim we have steadily in view. [page 2]

Its realization is difficult, but does not seem to us chimerical. Without doubt it would have been easier and more efficacious had the Great Powers themselves undertaken it, had they, while codifying International Law at The Hague Congress in 1899 and 1907, provided for Commissions of Inquiry destined to function from the very outbreak of hostilities. Indeed, such official international organizations may be the creation of [tomorrow], they are however impossible [today], and this being so, private persons belonging to neutral countries and [authorized] by the belligerents might, at least, [endeavor] to accomplish the task.

Would these neutral Commissioners be the only ones? Would they alone have a place in the National Commissions of Inquiry? The answer depends upon the decision of the nations in question. Even as simple adjutants of such Commissions they would be called to [fulfill] an important duty. To them would fall the task of representing, in the [enemy's] country, a culprit necessarily absent. They would have to see to it, that all possible guarantees of impartiality should be accorded to the defendant. Without their signature the report of the Inquiry would be nugatory.

Our Swiss Association is ready to take to the field. Though it has not, up to the present, advertised itself, it has already studied the action to be taken, in all its details, and its members have opened a subscription list amongst themselves. It fears however, that the guarantee of impartiality on its part alone would not satisfy the belligerents; the inquiry of German-speaking Swiss Commissioners might be suspected by the French, just as that of French-speaking Swiss Commissioners might be judged open to question by the Germans.

Our Association is, therefore, convinced that it is necessary that other neutral countries should join in the undertaking. If the Commissioners would inspire confidence, they must be [international]. We appeal then to the best minds in neutral lands, and our appeal is urgent, for time flies.

To come then to the point, are you willing to take part with us in this enterprise? Are you disposed to become a member of an Association which it may be a question of organizing in your own country, or to put us in touch with any existing Association of a similar character, the Committee of which would be prepared to correspond with us, and to draw up a list of competent persons willing to act on a Board of Inquiry?

We indicate below the members of our Committee and the persons in your country to whom we have sent copies of this Appeal. Doubtless our choice of men of mark in your own land is incomplete, we should therefore be thankful if you would complete it. It was difficult for us, under the circumstances, to do more.

We take the liberty of repeating, the matter is urgent. National Commissions of Inquiry have already been in the field, and it is hardly probable that their past work can, in many respects, be subjected to verification or revision. In any case, one thing is necessary -- that future inquiry should be conducted by neutral Commissioners, or undertaken with them.

Trusting you will give in your adhesion to our proposals and join us in a work of Truth and Peace,

Paul Moriaud [signed]
Dean of the Faculty of Law, University of Geneva, Switzerland,
President of the Association for the Safe-guard of International Law.

Association for the Safe-guard of International Law

Association for the Safe-guard of International Law
Moriaud, Paul

Moriaud announces the founding of the Association for the Safe-guard of International Law in Geneva and explains the need for an international effort to investigate violations of international law.