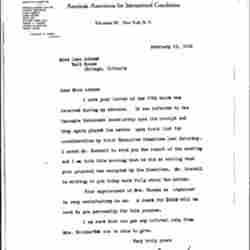 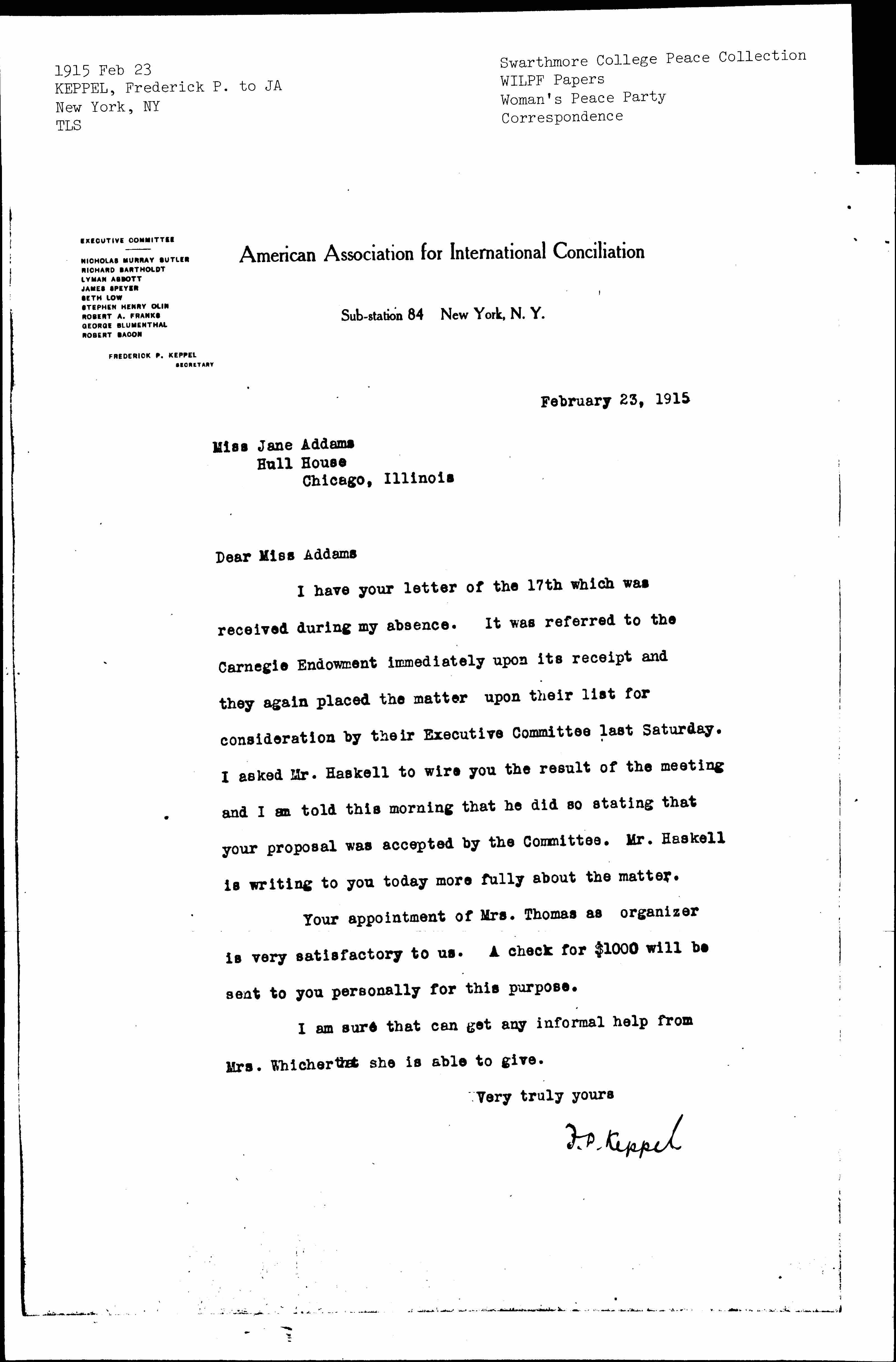 I have your letter of the 17th which was received during my absence. It was referred to the Carnegie Endowment immediately upon its receipt and they again placed the matter upon their list for consideration by their Executive Committee last Saturday. I asked Mr. Haskell to wire you the result of the meeting and I am told this morning that he did so stating that your proposal was accepted by the Committee. Mr. Haskell is writing to you today more fully about the matter.

Your appointment of Mrs. Thomas as organizer is very satisfactory to us. A check for $1000 will be sent to you personally for this purpose.

I am sure that can get any informal help from Mrs. Whicher that she is able to give.

Keppel notifies Addams that the Carnegie Endowment has awarded $1,000 for her proposal.