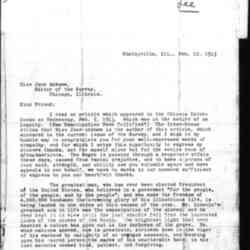 Abraham Lee was the son of a former slave and an assistant janitor for the Illinois Supreme Court. He previously worked as a barber and a messenger for the Attorney General. By 1920, he moved to Washington, D.C. and became a barber again.