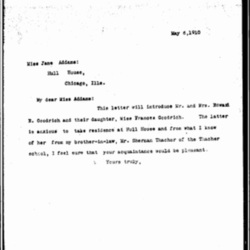 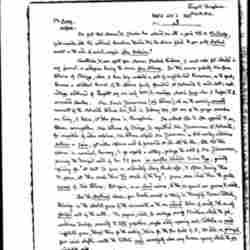 Sherman Day Thacher came from a long line of Yale graduates, himself graduating from Yale in 1886. While at Yale, he served on The Yale Record's editorial board. He was a member of Delta Kappa Epsilon, Psi Upsilon, and Skull and Bones, and received the Townsend Prize, the John Addison Porter Prize, a Bachelor of Law with honors, and an honorary Master of Arts from Yale. He was also an honorary member of the Delta chapter of Phi Beta Kappa. After college, Thacher moved to California and bought 160 acres to plant an orange grove. Thatcher originally did not plan to live in California but decided to stay. He then founded the Thacher School in Ojai and served as its headmaster. He was also trustee of the San Antonio District School, president of the board of trustees of Nordhoff High School in California and of the Headmasters Association of the Pacific Coast Private Schools for Boys, vice president of the Yale Club of Southern California, and an honorary member of the Headmasters Association of Eastern Private School for Boys. Thacher was also a member of numerous other organizations.

Thacher married Eliza Seely Blake in 1896. They had nine children, though three died in infancy. Thacher died in 1931.