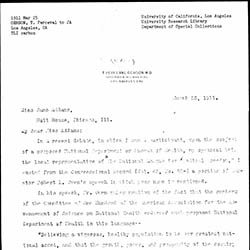 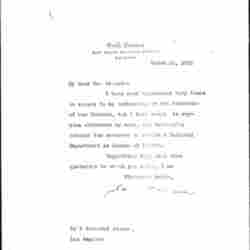 Theodore Perceval Gerson was a surgeon. He received his MD from the University of Pennsylvania in 1895 and then did post-graduate work at Johns Hopkins Medical School. He also taught at Johns Hopkins. Gerson then practiced medicine in Pennsylvania until 1903, when he moved to Los Angeles and became a physician to the California State Personnel Board. He was a member of the Severance Club, serving as its president from 1917 until his death. He was also a founder of the Hollywood Bowl Association, trustee of the Metropolitan University, director of the Southern California branch of the American Civil Liberties Union, and a member of the California State Medical Society and the Los Angeles County Medical Association.

Gerson married Harriet Anna Thompson in 1899. They had three children together. Harriet died in 1922, however, and Gerson remarried to Vera Madeline Daniels, with whom he had one child. Gerson died in 1960.