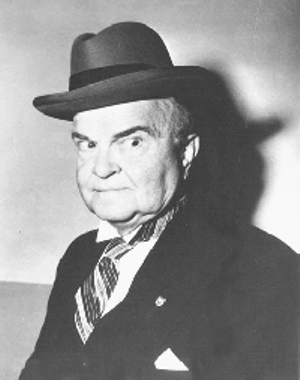 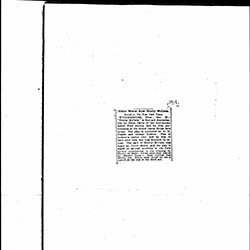 Victor Moore was born in 1876 in New Jersey. He was an actor and director. His acting career began on Broadway in 1896 when he appeared in Rosemary, and he soon became a well-known Broadway actor. He appeared in numerous Broadway shows, including Oh, Kay!, Hold Everything!, Of Thee I Sing, Anything Goes, Let 'Em Eat Cake, and Louisiana Purchase. In 1915, he made his film debut in silent films Chimmie Fadden and Chimmie Fadden Out West. Moore also appeared in Swing Time with Fred Astaire and Ginger Rogers, Make Way for Tomorrow, The Heat's On with Mae West, It Happened on 5th Avenue, and We're Not Married, also with Ginger Rogers. He was also in the film version of Louisiana Purchase, and appeared on The Martin and Lewis radio show and The Jimmy Durante Show. In 1945, Moore appeared in the Daffy Duck cartoon Ain't That Ducky, where he was so pleased with his cartoon caricature that he performed free of charge.