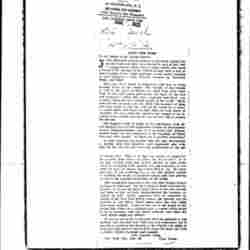 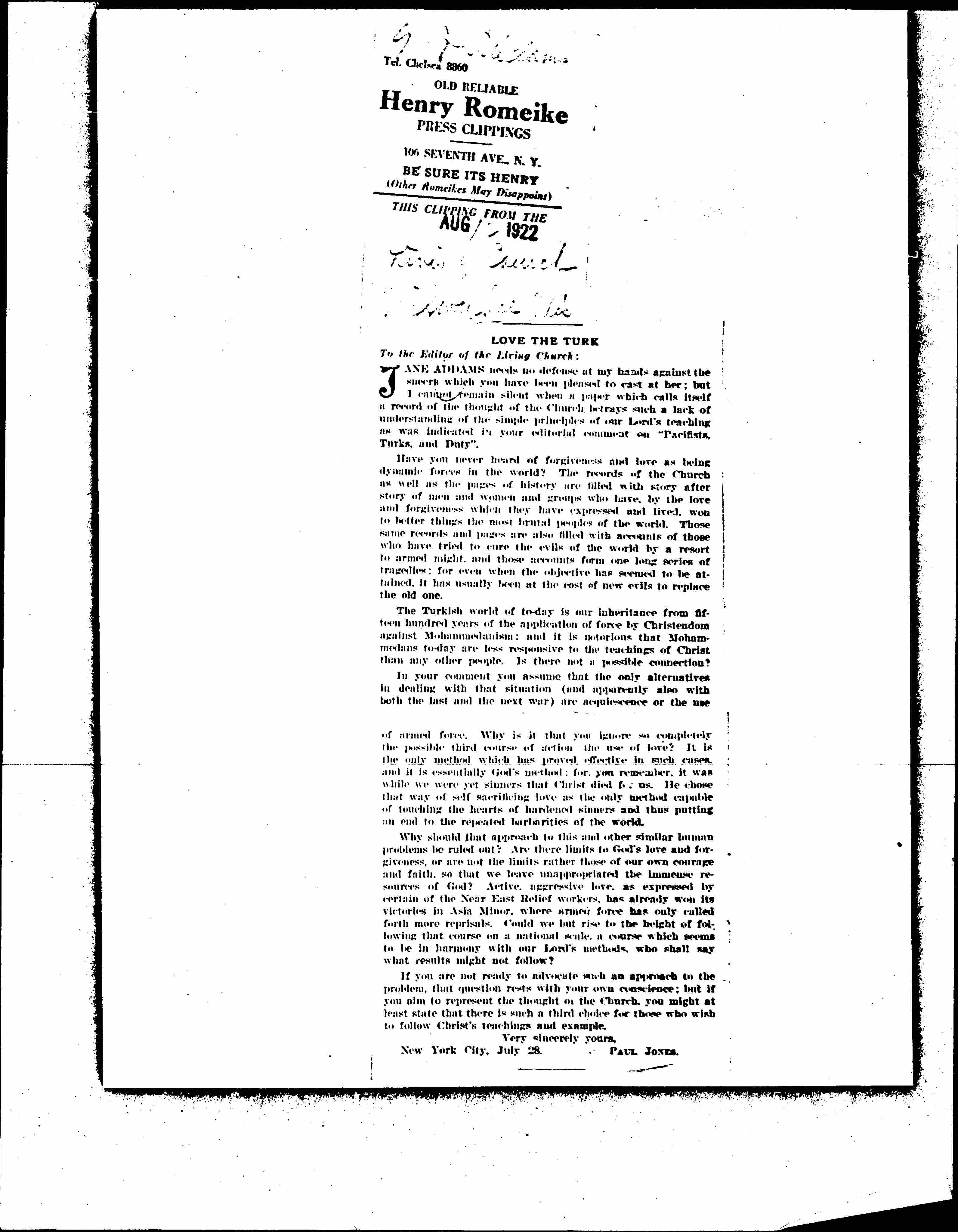 To the Editor of the Living Church:


JANE ADDAMS needs no defense at my hands against the sneers which you have been pleased to cast at her; but I cannot remain silent when a paper which calls itself a record of the thought of the Church betrays such a lack of understanding of the simple principles of our Lord's teaching as was indicated in your editorial comment on "Pacifist, Turks, and Duty."

Have you never heard of forgiveness and love as being dynamic forces in the world? The records of the Church as well as the pages of history are filled with story after story of men and women and groups who have, by the love and forgiveness which they have expressed and lived, won to better things the most brutal peoples of the world. Those same records and pages are also filled with accounts of those who have tried to cure the evils of the world by a resort to armed might, and those accounts form one long series of tragedies: for even when the objective has seemed to be attained it has usually been at the cost of new evils to replace the old one.

The Turkish world of [today] is our inheritance from fifteen hundred years of the application of force by Christendom against Mohammedanism; and it is notorious that Mohammedans [today] are less responsive to the teachings of Christ than any other people. Is there not a possible connection?

In your comment you assume that the only alternatives in dealing with that situation (and apparently also with both the last and the next war) are acquiescence or the use of armed force. Why is it that you ignore so completely the possible third course of action the use of love? It is the only method which has proved effective in such cases, and it is essentially God's method; for, you remember, it was while we were yet sinners that Christ died for us. He chose that way of self sacrificing love as the only method capable of touching the hearts of hardened sinners and thus putting an end to the repeated barbarities of the world.

Why should that approach to this and other similar human problems be ruled out? Are there limits to God's love and forgiveness, or are not the limits rather those of our own courage and faith, so that we leave unappreciated the immense resources of God? Active, aggressive love, as expressed by certain of the Near East Relief workers, has already won its victories in Asia Minor, where armed force has only called forth more reprisals. Could we but rise to the height of following that course on a national scale, a course which seems to be in harmony with our Lord's methods, who shall say what results might not follow?

If you are not ready to advocate such an approach to the problem, that question rests with your own experience; but if you aim to represent the thought of the Church, you might at least state that there is such a third choice for those who wish to follow Christ's teachings and example. 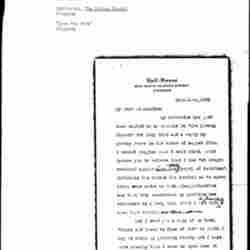 Jones suggests that using charity and love is another option for dealing with Turkish aggression. This was published in August 12, 1922.