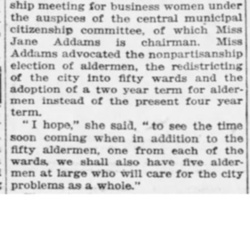 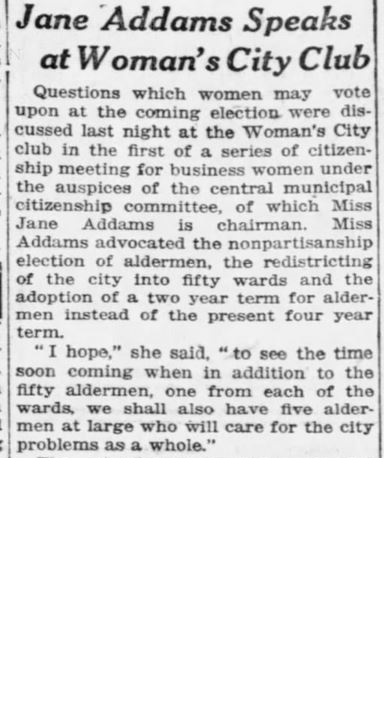 Questions which women may vote upon at the coming election were discussed last night at the Woman's City Club in the first of a series of citizenship meeting for business women under the auspices of the central municipal citizenship committee, of which Miss Jane Addams is chairman. Miss Addams advocated the nonpartisanship election of aldermen, the redistricting of the city into fifty wards and the adoption of a two year term for aldermen instead of the present four year term.

"I hope," she said, "to see the time soon coming when in addition to the fifty alderman, one from each of the wards, we shall also have five aldermen at large who will care for the city problems as a whole."

Addams advocates for creating alderman at large positions to look after needs of Chicago as a whole.