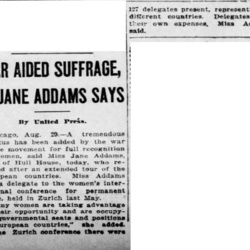 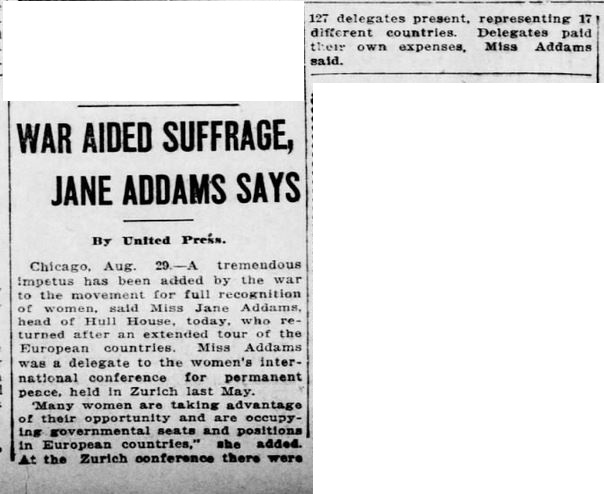 Chicago, Aug. 29. -- A tremendous impetus has been added by the war to the movement for full recognition of women, said Miss Jane Addams, head of Hull House, today, who returned after an extended tour of the European countries. Miss Addams was a delegate to the women's international conference for permanent peace, held in Zurich last May.

"Many women are taking advantage of their opportunity and are occupying governmental seats and positions in European countries," she added. At the Zurich conference there were 127 delegates present, representing 17 different countries. Delegates paid their own expenses, Miss Addams said.

Addams notes that women in Europe have been seeking government positions since World War I.