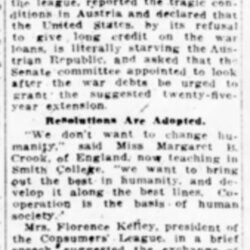 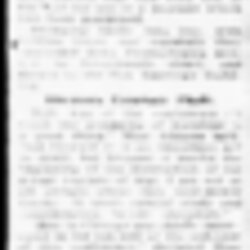 HELP FOR RUSSIA AND CHINA URGED

Through the gathering purple shadows of the twilight, past the White House and past the columns of the Red Cross Building and Continental Memorial Hall, 500 women, led by Jane Addams, with torches cutting the dusk, and banners held aloft, filed yesterday to the Pan American Building, the committee hall of nations.

Walking firmly, and carrying a banner blazing, "Thou Shalt Not Kill," Miss Addams headed the procession that formed spontaneously at the close of the big meeting of the women's section of the International League for Peace and Freedom at the Masonic Temple yesterday. Although she had been recently ill, and although she admitted that the standard she carried grew heavy the organizer of Hull House did not falter during the walk.

Women of Many Nations.

Behind her followed young girls, students of the Washington high schools, and older women -- womanhood from Russia, Sweden, Japan, England and the far corners of the United States. Flags that had been hung on the walls of the hall, bearing such legends as "Not one soldier, not one sailor, not one dollar for war," or "What is effective limitation of armament? Complete universal disarmament," and "Scientists lend your skill to prevent war," were taken down and carried by Mrs. John Jay White of New York, Mrs. Charles S. [Russell], Miss Helen Hoy Greeley, Miss Gertrude Fendell, Miss Helen Todd of New York; Mrs Lawrence Lewis and Miss Mary Winsor, both of Philadelphia, and many more women of prominence. Others carried long torches that had been left in the hall for use in a pageant which had been postponed.

Swinging easily into line, with neither music nor marshals they proceeded down Pennsylvania Avenue to Seventeenth Street and thence to the Pan American Building.

Talk was of the conference. "I think the scrapping of warships is a good thing," Miss Addams said, "not because it is an important act in itself, but because it marks the beginning of the destruction of the actual engines of war. I am not at all certain about this four-power treaty. It needs careful study and consideration before signature."

"Men in Chicago are chiefly interested in the tax side of the outcome of this conference," declared Miss Addams in her speech before the gathering of more than 1,000 men and women in the Masonic Temple, over which she presided. "They say they are paying a war tax without war and an income tax without incomes. We have, out in the Middle West, what is called a 'glut' of grain. Farmers are poorer by a surplus and are actually finding it cheaper to burn corn than coal. The wool men have two clips on hand, because the mills are at a standstill and the cotton growers have planted [50?] [percent] less cotton because they are embarrassed by the bales still standing by the railroads."

"In the valley of the Volga is a vast area swept by the worst draught since the time Tolstoy led the relief. The women are grinding up grass and roots and boiling them with hoofs of horses to make a bread they call pan-cakes. Men there say that the people can subsist on these rations until the end of December, and when these are gone they cannot survive unless help is brought them.

"And when I realize the conditions there and here, I get a new conception of the stupidity of the human race," she proclaimed.

"Such things can be adjusted. It is the task of the women to melt the barriers that lead to such adjustment. The Women's International League for Peace and Freedom is asking Congress to pass appropriations for obtaining food quickly for these starving people. The money must be spent in the United States, thus helping the American and Russian. We cannot allow the least of these to suffer and do nothing in their behalf."

"We will have no peace until our relations with Russia are properly composed," Miss Addams concluded.

Mme. Siri Hård, of Sweden, emphasized that the children must be taught to prevent wars and pointed out the amicable settlement of the revolt of Norway from Sweden as a model of peaceful settlement of world affairs. Miss Gertrude Barish, a Russian immigrant, declared that the treaty of Versailles had left her country cynical, and called upon America to prevent wars by inviting Russia and all nations to future conferences.

Miss Anna Hayes, Central High School girl, speaking for the young women of her generation, said that they were brought up in an atmosphere of war in the schools and advocated emphasis on progress rather than military achievement in the teaching of history. "We need to have the right outlook," she said, "for we are soon to take up the duties of citizenship -- provided we move out of the District of Columbia."

"Peace and Freedom must go hand in hand" was the pronouncement of Miss Nyok [Zoe] Dong, a Chinese student at Bryn Mawr. "Give China her freedom of selection and her own will and her progress will be rapid. She has [page 2] already developed a phonetic alphabet, admits women to her universities -- indicating the breakdown of old barriers -- and is the third cotton-raising country of the world. Her advance in the ten years since the revolution has compared more than favorably with the other nations which have made a radical change in form of government."

Dr. Emily Balch, of Wellesley College, international secretary of the league, reported the tragic conditions in Austria and declared that the United States, by its refusal to give long credit on the war loans, is literally starving the Austrian Republic, and asked that the Senate committee appointed to look after the war debts be urged to grant the suggested twenty-five year extension.

"We don't want to change humanity," said Miss Margaret B. Crook, of England, now teaching in Smith College, "we want to bring out the best in humanity, and develop it along the best lines. Cooperation is the basis of human society."

Resolutions were passed by the mass meeting urging abandonment of chemical warfare, asking an amnesty for all political offenders in the United States, suggesting postponing the payment of Austria's debt to the United States, urging our government to make use of the Permanent Court for International Justice for settlement of international disputes, and asking that in all other conferences other nations of the world be included. This last resolution, which created some discussion, was announced particularly as passing no criticism on the present arms parley. 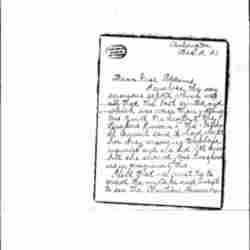 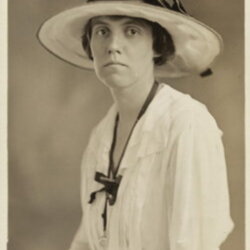 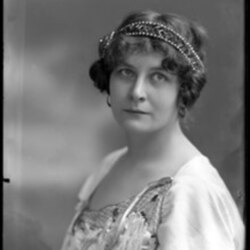 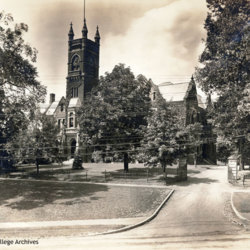 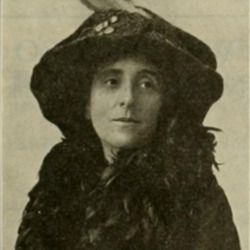 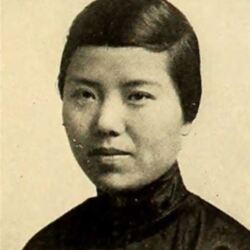 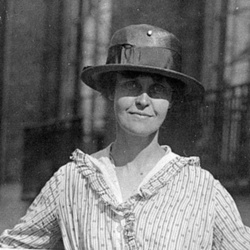 A report on the speeches and resolutions details of the WILPF Mass Meeting.

The microfilmed clipping was incomplete; a better image of the completed article has been substituted.